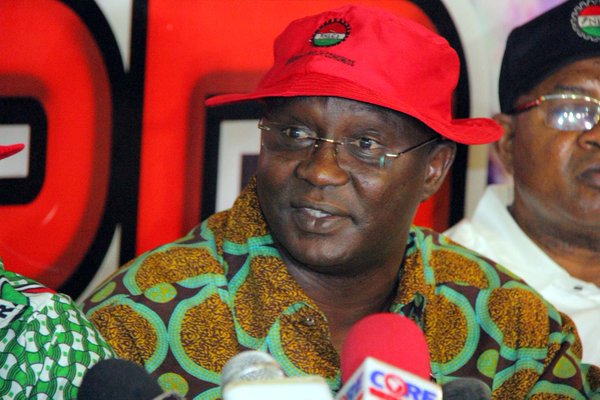 The Nigeria Labour Congress is poised for a showdown with the Labour Ministry following its declaration of a one-day national protest in Abuja over an attack on its members on a peaceful protest.

Ayuba Wabba, NLC President, gave the signal at the end of an emergency meeting of the Central Working Committee of the body on Thursday in Abuja.

According to Wabba, the protest is against the action of the Minister of Labour and Employment, Chris Ngige, who allegedly engaged thugs to disrupt workers’ peaceful protest on Wednesday.

He, therefore, demanded an apology from the minister and the Federal Government over the action it said infringed on the fundamental right of workers to protest.

Wabba called for the inauguration of the board of the Nigeria Social Insurance Trust Fund with Frank Kokori as its Chairman without further delay.

The NLC members were on Wednesday dispersed at Ngige’s residence, with nine persons injured.

The workers had gone there to picket the house over the delay by the minister to inaugurate the board of the NSITF.

Meanwhile, Ngige has given the leadership of the NLC seven days to apologise for the invasion of his private residence.

Ngige said this in a statement by Nwachukwu Obidiwe, his Special Assistant on Media.

Accoding to Obidiwe, the minister is consulting on the appropriate legal actions against the illegality by the NLC.

He said: “The thrust of today’s press conference by the President of the Nigerian Labour Congress (NLC) Comrade Ayuba Waba is predictable.

“Hence, we succinctly wish to respond that the sanctity of the provisions of section 37 of the 1999 constitution on the rights of all Nigerians to private life cannot be annulled by an inferior provisions of the Labour Act on picketing.

“The invasion and obstruction of the private residence of the Minister of Labour and Employment, preventing him, his wife, children and families of his personal aides, quartered in the same compound and throwing them into huge trauma, is illegal and inexcusable under the guise of unionism.

“His conduct is arson with a clear intention to cause maximum destruction.”

Obidiwe added that it was outside the ambit of the NLC’s powers to issue directives to the Federal Government on how to carry out its responsibilities.

He, however, said plans were on for the inauguration of the board of the NSITF, and it would take place soonest.