We’ll shut down Aso Rock if Obasanjo is touched – ADC 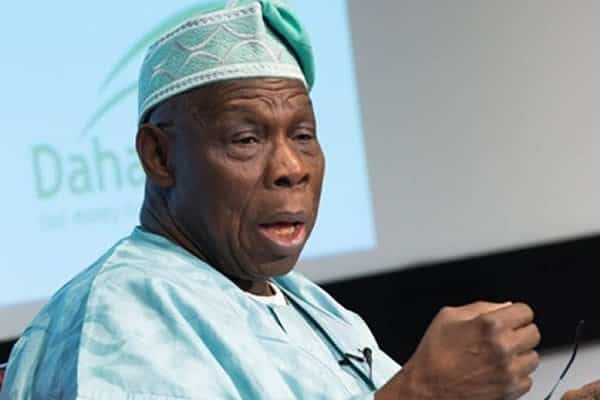 The African Democratic Congress, which has been adopted by Chief Olusegun Obasanjo, has warned the Federal Government that it will shut down the Presidential Villa if the former president is harmed, The PUNCH is reporting.
The newspaper quoted the Chairman of the ADC, Chief Okey Nwosu, as having said this during a telephone interview on Friday.
Nwosu said having failed to deliver on its campaign promises, the Buhari-led government had resorted to hounding opposition members into submission.
Nwosu said: “What we are witnessing is the desperation of a failed government. When you have mediocre persons that are not focused on handling state power, they often go to dictatorial levels to try to achieve their aim but this time, the people of Nigeria and God are on our side and we will do what our country needs.
“President Obasanjo cannot be touched. When in 2014 and 2015, he was in the vanguard of trying to effect change because of the situation then, they were applauding him as the champion of a new Nigeria.
“Now that things have gone wrong in the area of security and economy and he is speaking out, they are now chasing the champion of new Nigeria. We will mobilise the whole of Nigeria to take over Aso Rock Villa if the government steps out of line.”