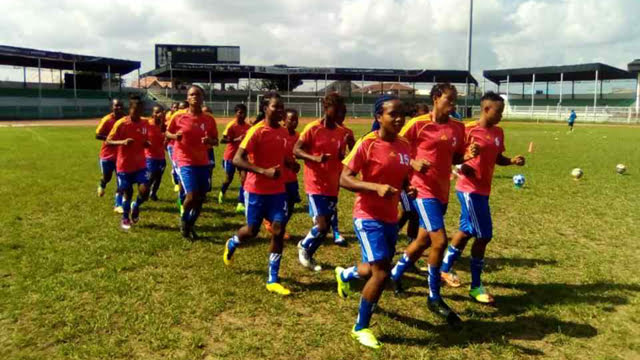 The News Agency of Nigeria reports that the State’s Deputy Governor, Philip Shaibu, who said this, noted that rather than disband the team, it would be nurtured to become better.

According to Shaibu, he was not disappointed that the Edo female team performed poorly in the Super Six league.

He said: “I can say that I am not disappointed because this is the first time since 2002 Edo Queens is qualifying for Super 6 and we have a very young team.

“Like I told people, I say this is a young team.

“We are building Edo Queens afresh.

“We are building the entire sports in Edo afresh.

“So, what we saw here is an eye opener to say that we need to give them more exposure, because if you look at the team they were the youngest team in the tournament.

“What we are going back to do now is to just put them together, groom them for a better future in their career.

“Now, if you talk of good welfare package for Edo Queens, they have it, so what is just lacking now is exposure and experience and that they have to get as they go on.

“At least, they have gotten some kind of experience in this Super 6.

“We will keep on pushing them to make sure they play together as a team.

“When you keep disbanding a team because they did badly in a competition, it doesn’t look good enough.

“The only thing we would do now is to reorganise the technical team.

“Again, one good thing about our participation in this Super 6 is that about six of the players have been penciled down for national team, that to me is a big achievement and it also tells you that there is potential in this team.

“By the time these players get to the national team, they will also gather experience and exposure, which I believe will help the team in subsequent competitions.

“So, for me, I am not that disappointed, but I am happy that they have gotten that exposure participating in this NWFL Super 6 championship.

“What I expect from Edo Queens FC in the next Super 6 is to play in Africa Women champions League, we would work towards it.”