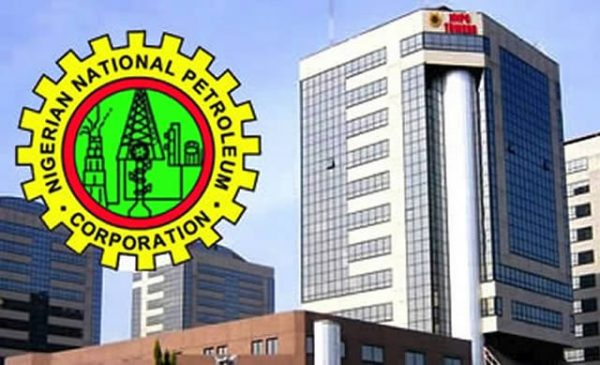 The Nigerian National Petroleum Corporation says it transferred N128.40 billion into the Federation Account in August.
The Corporation disclosed this in its monthly Financial and Operational report released in Abuja on Wednesday.
It said between August 2017 and August 2018, the federation and joint ventures received N879.02 billion and N651.4 billion.
The NNPC explained that the Federation Crude Oil and Gas Revenue, Federation Crude Oil and Gas lifting were classified into Equity Export and Domestic crude.
It explained the crude were lifted and marketed by the corporation and the proceeds remitted into the Federation Account.
It noted that Equity Export receipts, after adjusting for Joint Venture Cash Calls, were paid directly into the Federation Account domiciled in Central Bank of Nigeria.
The corporation explained that domestic crude oil of 445,000 bpd was allocated for refining to meet domestic products supply, and payments were effected to the Federation Account by NNPC.
This, it said, was done after adjusting crude and product losses and pipeline repairs and management costs incurred during the period.
On the crude oil and gas export sales, the report noted that sales for the month of August stood at $470 million.
According to the report, the sales indicate an upsurge of about $78 million in relation to July oil and gas export figures of $391.91 million.
It further indicated that crude oil export sales contributed $337.62 million, which represented 71.83 per cent of the dollar transactions, compared with $283.43 million contribution in the previous month.
It said: “Export gas sales during the period amounted to $132.38 million.
“The August 2017 to August 2018 crude oil and gas transactions involved crude oil and gas export worth $5.26 billion.”
The report explained that based on the above sales figures, a total export receipt of $450.24 million was recorded in August 2018 as receipt against $382.65 million in July 2018.
“Contribution from crude oil during the period, amounted to 336.43 million dollars, while gas and miscellaneous receipt stood at 101.33million dollars and 12.48million dollars respectively,” the report noted.
A further breakdown of the figures showed that out of the export receipts, $142.31 million was remitted to the Federation Account.
The sum of $307.93 million was remitted to fund the JV cost recovery for the month of August 2018 to guarantee current and future production.
“Total export crude oil and gas receipt for the period August 2017 to August 2018 stood at 5.23billion dollars out of which 3.74 billion dollars was transferred to JV Cash Call as first line charge and the balance of 1.49 billion dollars paid into the Federation Account,” it added.