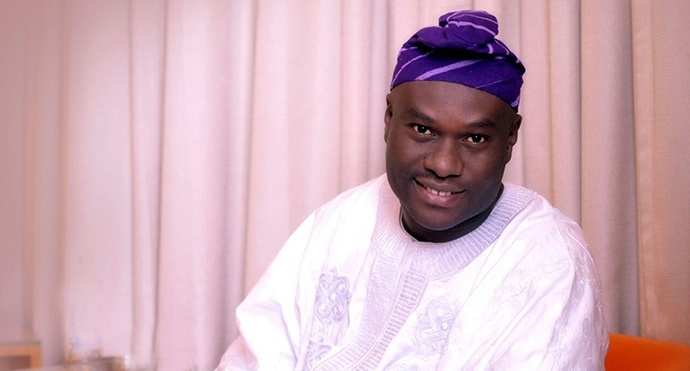 Share
Facebook Twitter LinkedIn Pinterest Email
The Arole Oodua and Ooni of Ife, Ooni Adeyeye Enitan Ogunwusi, Ojaja II, has urged African religion practitioners to propagate the Continent’s tradition and culture to the outside world so as not to be playing the second fiddle.
The spiritual head of Yoruba race globally stated this in his Ile Oodua Palace at Ile-Ife, Osun State on Wednesday night while playing host to the Council of Arabas Worldwide, led by the Araba Agbaye, His Spiritual Eminence, Araba Makoranwale Aworeni, saying this is the time to start correcting the cultural anomalies affecting the African heritage .
Ooni Ogunwusi said: “We’ve been hoodwinked, but thank God we are going to correct the anomalies.
“This is the main reason I’m here.
“God is wonderful.
“When He was creating the universe, Orunmila was there seeing how he allocated responsibilities to every individuals.
“The computers and phones we are seeing today are the products of Ifa divination (Oracle).
“The ‘Urim and Turim’ that the diviner uses were the work of Ifa saddle with their clothes called ‘EFODU’ and the place we all left is where we are now, Ile-Ife.”
The Spiritual leader of Yorubaland, however, admonished the Ifa adherents to stop evil doings so as to always receive the blessings of God Almighty in the line of their traditional practice.
“Let’s us be doing good which is more rewarding and even make God happy than doing overwise which God detests,” Ooni added.
The Araba of Oworonshoki in Lagos State, Awodiran Agboola, expressed his delight over the emergence of Ooni Ogunwusi as the current overall head of the Yoruba Nation.
Agboola said this is the first time any oba in Yoruba Kingdom would be hosting them and pledged to give unflinching support of the millions of the African traditionalists all over the world to the custodian of Yoruba culture and tradition, Ooni Ogunwusi, Ojaja 11, Ooni of Ife.
He said: “Baba, your ascendancy to this coveted stool of Oduduwa is already a finished work at creation because, since you came on board, you’ve brought finesse to the throne and we are happy having you as our father and the spiritual head of Yoruba globally.”
Delivering his address, Aworeni said: “It is a disservice to Ifa adherents because they are always subject of attack to the foreign religion through hate speech that is always hurled at them.
“They even find it difficult to consider our people for appointments into board of Culture and Trado-medical practitioners.
“We suffer non-recognition at public functions.
“They have refused to declare public holiday for traditionalists except in the State of Osun by Governor Rauf Aregbesola.
“Though, Oyo State House of Assembly have passed the bill, but the bill is still awaiting the assent of the governor.
“Non inclusion at the national Inter-Religious Council is another maltreatment done to us.”
Meanwhile, the Managing Director of Grandoaks, the producer of Seaman’s Aromatic Schnapps, Aare Fatai Odebode, has appreciated Ooni Ogunwusi for the great work he is doing around the globe to unite.
Odebode said: “Kabiyesi, you are a living testimony because within two years on the throne, you have done what should be done in 50 years.
“Our prayers is that God should keep preserving you and may long your reign be on the sacred throne of Oduduwa.
“Grandoaks will always partner with Ife Kingdom on anything that has to do with culture and tradition because you are propagating us well to the outside world.”
Araba Agbaye Arole Oodua Enitan Adeyeye Ogunwusi Osun State
Share. Facebook Twitter Pinterest LinkedIn Tumblr Email

NCFront mourns passing of Mailafia, to investigate his death