We have 42.74 billion metric tones of bitumen wasting away- Senator 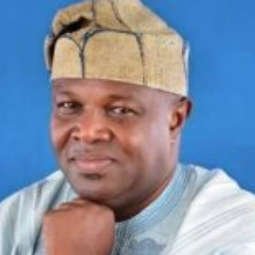 Senator representing Ondo South in the Senate, Nicholas Tofowomo, on Wednesday, raised alarm that about 42.74 billion metric tonnes of bitumen reserve in Nigeria is wasting away .

Tofowomo who made this known after his bill seeking to establish Bitumen Training Institute in Ondo State was passed into second reading while addressing newsmen said the amount of bitumen available for extraction is about 16 billion barrels.

He said , “Our bitumen is wasting. There is environmental degradation caused by spilling of bitumen and people are crying that there is no job,”

He said despite the fact that Nigeria has the second largest deposit of bitumen in the world, the country is spending its scarce foreign exchange earnings to import bitumen.

“Nigeria has the second largest deposit of bitumen in the world, coming after Venezuela. The Latin American country is doing well with the bitumen. Nigeria also needs to explore the resources. We should look at how much we spend in importing bitumen.

“Let us have an institute so that whatever we are doing on the bitumen will not just be talk show, but exploration and all the forex we spend on importation will be saved,” he said.

The lawmaker said many past administrations of Federal Government have played different roles in exploring bitumen, but it is not a continuous process because of different difficulties in its exploration.

Senator Tofowomo said the establishment of Bitumen Institute would harmonise all the past stride and research made on bitumen exploration since 1905 and come up with a solid foundation for economic exploration of bitumen in Nigeria.

“The enactment of this bill will help transforming the bitumen potential as well as fortunes in Nigeria in producing the desired manpower and expertise to drive the bitumen industry just like the Petroleum Training Institute is doing with the petroleum industry,” he added.