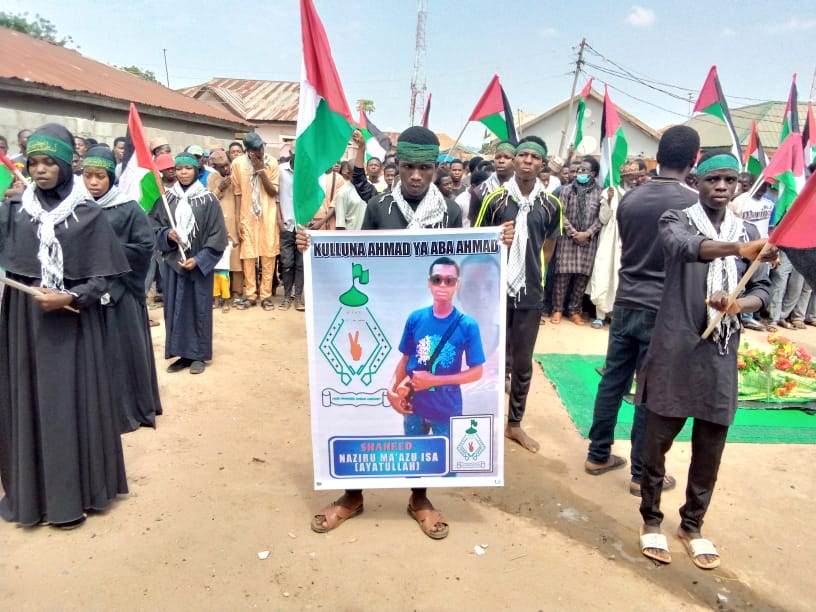 The Islamic Movement in Nigeria, also known as Shiite, on Tuesday said contrary to police insinuation, the group does not kill, but only holds peaceful protests to demand the release of its leader, Sheik Ibraheem El-Zakzaky, and his wife, Zeenah.

Abdullahi Muhammad Musa, Secretary for the Academic Forum of the IMN, gave the clarification in a statement to announce the death of their member, Naziru Muazu, who was alleged to have been tortured by the police after his arrest last Friday in Abuja.

Musa said: To set the record straight, it is pertinent we state that we are not rabble-rousers nor killers at any stage of our history.

“We had never killed; we don’t kill and will never ever kill. Protest is what we do now for the freedom of our leader Sheikh Ibraheem El-zakzaky (H), whose six (6) sons were slain in cold blood; more than a thousand of his followers killed and his elder sister put into a room, doused in fuel and set ablaze.”

According to Musa, the residents of Wuse District, Abuja are living witnesses that on May 7, 2021, “we started our Free Palestine and Free Zakzaky protest from Fu’ad Lababidi Jumu’at Mosque by Customs’ Office, Wuse Zone 3 around 1:40pm and follow through Wuse Zone 3 Junction and finally ended the protest on Kashim Ibrahim Way in front of Wuse Market.

“Similarly, people at Wuse Market are witness that we ended our protest in 30 minutes without having any contact with the Police Patrol Team dispatched by the FCT Police Command to stop the protest.

“In the mosque, where we started the protest, there are numerous top government officials including a serving Governor, with their security details and we neither harass nor attack anybody.

“While protesting, we pass across Wuse Zone 3, Police Station and police officers, we neither attack nor harass anybody.

“We finally finished the protest and disperse without having problem with anyone. After the protest, the Police arrested a Toyota Coaster Bus with more than 60 people, including women and children, protesters and Abuja residents.”

Musa said Naziru Muazu, a member of IMN, was among the victims arrested by the police after the annual Quds day procession.

He said the police alleged that a police officer was stabbed to death by a protester at Berger Roundabout.

He alleged: “After the arrest, the police assemble them at Eagle Square and tortured them.

“Up to this moment, numerous people tortured by the police are unconscious which Nasiru Mu’azu is part of them and he succumbed to death on Monday 10th May, 2021 while receiving treatment in a hospital in Abuja.

“A lot of civil servants working at the Federal Secretariat shared pictures and video clip on how the police tortured those arrested inhumanly.”

The Forum’s Secretary, who condoled with the families of the departed member and the police officer, vowed that IMN would not relent in its protest until their leader and his wife are released.

He said: “We want to use this medium to extend our condolence to the family of Naziru Mu’azu, the entire followers of Sheikh Zakzaky and also the family of ASP Ezekiel Adama.

“We pray to Allah to expose and punish all those that have hand in this inhuman act.

“While employing all the available civil paraphernalia at our own disposal, we will continue to protest until our pursuit is achieved.”