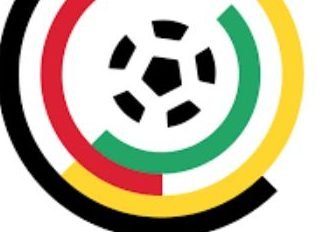 The Jewel of Rivers got their opening goal in the 13th minute through Ikekhua who kept her composure to finish off a square pass by left back, Rofiat Imuran, who had gone past two opponents.

After a series of near misses by Angels’ forwards, Vivian Ikechukwu provided a superb cross from the far right for Ogebe to tap in the 36th minute to double the lead for Rivers.

In the 45th minute, Ogebe rounded the AS Police goalkeeper to lay the ball for Ezenagu who made no mistake in making it 3-0.

After the break, the Jewel of Rivers kept mounting pressure on the defense of the Nigeriens which eventually paid off with an own goal by Chisa Marceline Bekumaka – James who diverted Ezenagu’s low cross into her own net.

Ezenagu herself then completed the rout in the 77th minute with a beautiful tap-in after spurning an offside trap before rounding the hapless AS Police goalkeeper.

With Tuesday’s result, Rivers Angels have finished top of Group B and will wait for July 30 to know who comes second in Group A for a Semifinal clash which will hold on August 2.

Coach Edwin Okon after the game said the difference between his side and their opponents is the fact that they took their chances.

“Football is football and there are no small teams as far as you’re in this tournament,” he stated.

“As you can see, we are actually progressing as the competition continues.

“The difference between us and our opponents today is that we took our chances when they came.

“So, I’m really elated with the result today and commend my girls for the outstanding performance,” Okon added.

For the second consecutive game, Ezenagu was named Player of the Match.