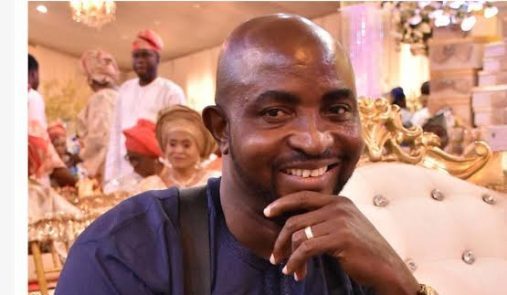 President of the West African Boxing Union, Remi Aboderin, has commended GOtv for introducing GOtv Boxing Night Mini, a smaller version of the popular GOtv Boxing Night. Speaking in Lagos on Sunday, Aboderin, who is also the Secretary-General of the Nigerian Boxing Board of Control  said GOtv Boxing Night Mini has the potential to take the sport to the next level.
The WABU President stated that GOtv Boxing Night Mini, which is conceived to hold more regularly, will offer many more Nigerian boxers the opportunity for fights that will help boost their fight records that will enhance their chances of being ranked for titles by international boxing bodies. He explained that the infrequency of boxing promotions locally has reduced the chances of boxers getting fights, thereby robbing them of the opportunity to have the number of fights required to take shots at continental, Commonwealth and world titles.
“It is undisputable that GOtv Boxing Night is the most regular platform on which our professional boxers get to fight because it holds every three months or thereabouts. There are other promotions, but they’re not of the same regularity, meaning that it is one for which most boxers aim. But with GOtv Boxing Night Mini, additional fight opportunities have been presented and many more boxers can benefit,” he said.
The inaugural edition of GOtv Boxing Night Mini will hold on 16 November at the Rowe Park Sports Complex in Lagos. It will feature big-name boxers such as Rilwan “Real One” Oladosu, WABU lightweight champion; Rilwan “Baby Face” Babatunde, WABU welterweight champion; Waidi “Skoro” Usman, former African Boxing Union featherweight champion and Kabiru “KB Godson Towolawi.
The WABU boss noted that Ghanaian boxers, who usually have higher number of fights than their Nigerian counterparts of the same age and profile, have been benefiting from the regularity of promotions in their country.
He noted that the sponsors deserve commendation for introducing GOtv Boxing Night Mini, which increases their support for boxing in Nigeria.
“They have been spending a lot of money on GOtv Boxing Night and GOtv Boxing NextGen Search and have added GOtv Boxing Night Mini. They are probably the biggest supporters of the sport in Africa. I want to use this opportunity to call on other corporate bodies to join GOtv in their bid to move Nigerian boxing to higher heights,” he said.

ABOUT US
Contact us: [email protected]om.ng
FOLLOW US
© The Eagle Online is published by Premium Eagle Media Limited.
We use cookies to ensure that we give you the best experience on our website. If you continue to use this site we will assume that you are happy with it.Ok