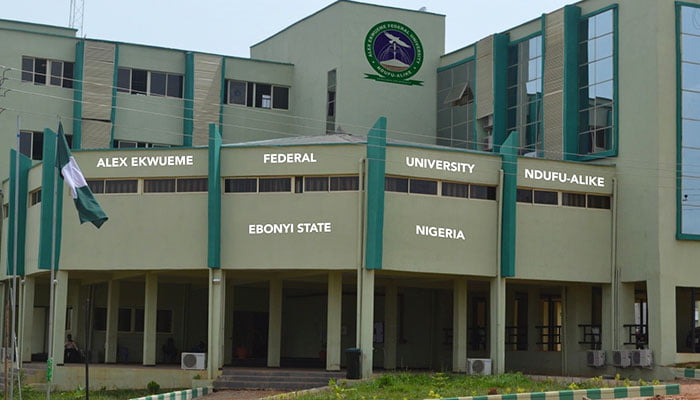 The seven-man Visitation panel to the Alex Ekwueme Federal University, Ndufu-Alike in Ebonyi State has pledged to be impartial in its assignment at the institution.

The Chairman of the panel, Ambassador Usman Sarki, made the pledge at the resumption of its sitting in the university in Ndufu-Alike on Wednesday.

Sarki said the major purpose for the setting up of the panel by President Muhammadu Buhari was for fact finding on challenging issues in Federal universities.

The chairman urged all stakeholders to give them the support to carry out the exercise.

“We promise that our findings will be factual not partial and in the end, we will make comprehensive report to the President,” the chairman said.

Sarki said the period for the exercise was for 60 days, noting that the panel would spend two weeks in AE-FUNAI.

In his remarks, the Vice-chancellor of AE-FUNAI, Prof. Sunday Ekom, said he was optimistic that the findings of the panel would go a long way in identifying and solving some of the intractable challenges in Nigeria’s university system.

Ekom promised to provide the enabling environment for the panel to carry out its duties.

Dr. Ogugua Egwu, Chairman of Academic Staff Union of Universities, AE-FUNAI chapter, said the union was ready to support the panel in ensuring that every wrong in the school was corrected.

According to Egwu: “We must give the panel the support, while we pray that the outcome of the visit will bring solution to the problems in the university.”

Emmanuel Chiagbata, Chairman of the Senior Staff Association of Nigeria Universities in the institution, urged the panel to make recommendations on poor salary and infrastructural decay in the university system.

Chief Okeagu Ogada, a Traditional Ruler from Alike-Ikwo, said the inauguration of the panel was a welcome development and noted that its presence in the institution was timely.

Ogada appealed to the panel not to be partial in its findings in the efforts to improve the nation’s university system.

The News Agency of Nigeria recalls that the panel was among the 38 visitation panels to Federal universities and four Inter-University Centres constituted by President Buhari on April 13.