Visit by President of Niger to Buhari postponed 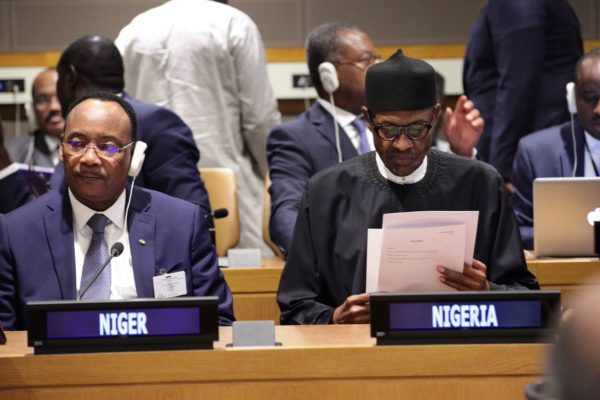 The President of Niger Republic, Mahamadou Issoufou, has rescheduled his proposed visit to Nigeria and President Muhammadu Buhari.
A release issued by the Special Adviser to the President on Media and Publicity, Femi Adesina, on Thursday indicated that the re-scheduling was at the instance of the visiting President, as all arrangements had been made to receive him in Abuja.
Adesina said: “The visit of President Mahamadou Issoufou of Niger Republic to President Muhammadu Buhari scheduled for Friday, May 5, 2017, has been put forward.
“The rescheduling is at the instance of President Issoufou who has another domestic engagement.”
Adesina said all arrangements had been concluded for President Buhari to receive his Nigerien counterpart and his delegation at the forecourt of the Presidential Villa.
He added that the delegation and host had intended to attend the Juma’at prayers together as well as have lunch before the last-minute postponement.
He said a new date for the visit would be announced in due due course.