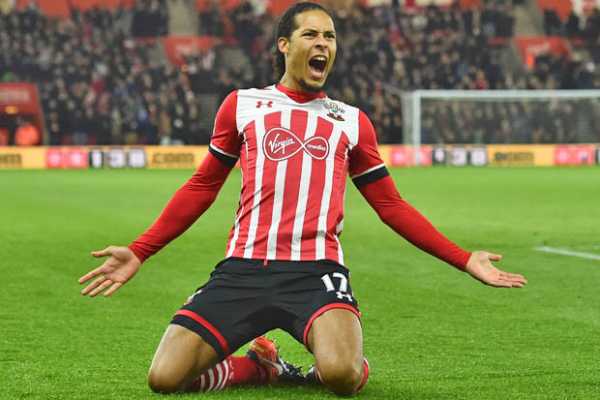 Virgil van Dijk has today been crowned as the first Standard Chartered Player of the Month for 2018-19, in recognition of his imperious form for Liverpool in August.
The statement was published on the club’s website on Wednesday.
The Netherlands captain helped ensure the Reds made an unblemished start to the new English Premier League campaign as they recorded wins over West Ham United, Crystal Palace and Brighton & Hove Albion without conceding a goal.
Van Dijk pipped Mohamed Salah and Sadio Mane to the award, with the forward pair finishing in second and third position in the voting respectively.
The No.4 was presented with the trophy at Melwood said: “Firstly, I want to say thank you very much to everyone who voted. It was a great month for all of us, so a big thanks to everyone who voted for me”.
Dijk added: “It’s my first one and I am very pleased to have won it, but almost everyone in the team deserved it this month; everyone has been outstanding, giving their all, and you could see that in the results.
“I’m very happy we’re doing so well at the moment and we need to keep going.
“I am enjoying every bit of it, but that’s all credit to everyone in the team – all of the players involved. It’s not only me and I would never take credit on my own.
“We do it all together and it starts on the training pitch.”
Liverpool were required to demonstrate different facets of their game in gaining maximum points throughout the month, with stylish attacking play blended with defensive resilience in each of the three fixtures.
He said: “We had games we needed to grind out and make sure we gave our everything, but we also showed our quality.
“Crystal Palace away, for example, was a very tough game on a Monday night when their fans were really going for it and making it hard for us.
“It was a tough one to go to, but we did it and we were very happy.
“We did very well overall and had our moments in games which we were very pleased with. There are things we need to improve as well, but it’s always good to have things to work on.”