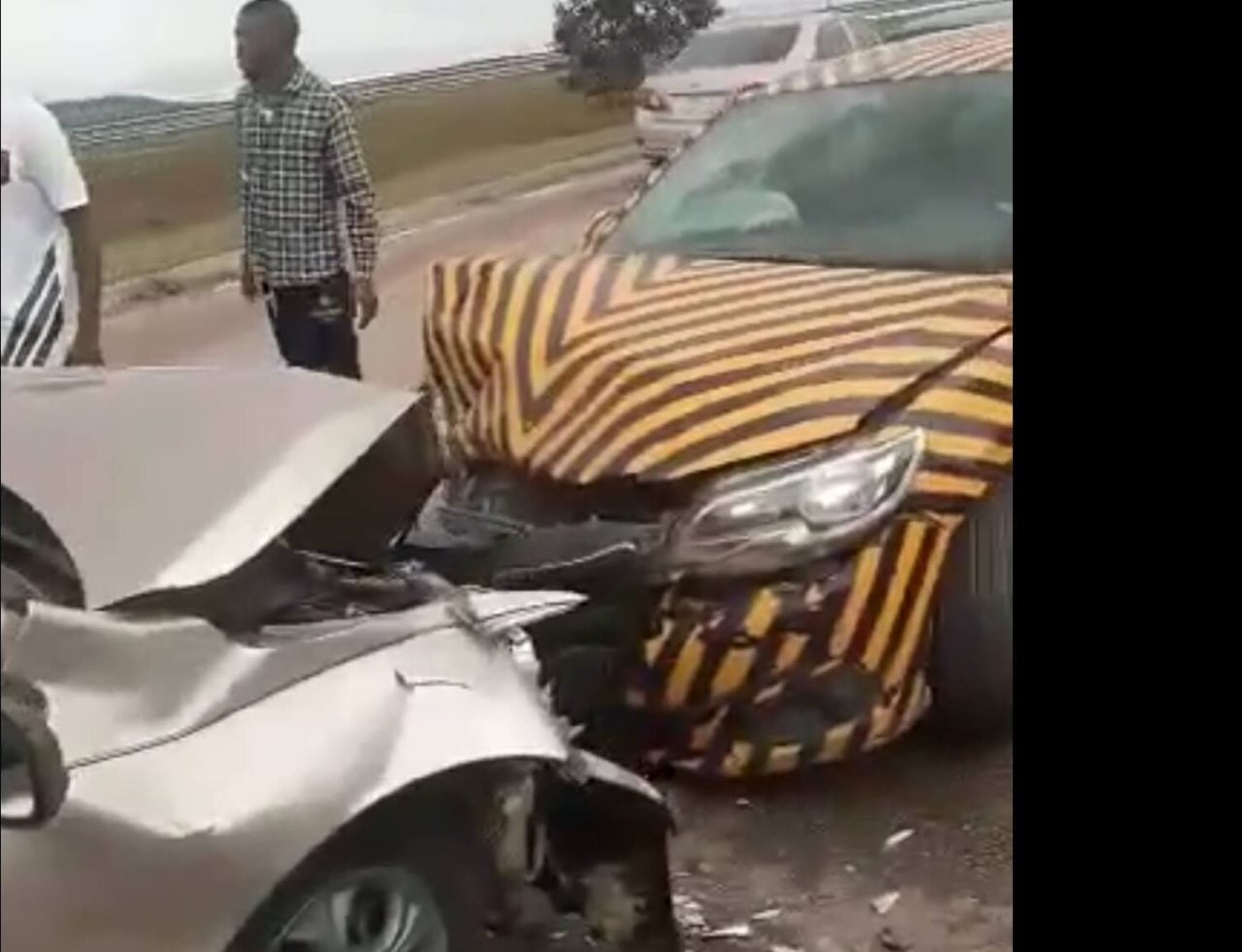 Officers of Directorate of Road Traffic Services, popularly known as Vehicle Inspection Officers, have been involved in an accident while chasing another vehicle to allegedly collect bribe.

The development was highlighted in a viral video that was shared on the social media by one of those who witnessed it.

The officers sustained varying degrees of injuries in the accident, which occurred at the Lugbe Bridge along Nnamdi Azikiwe International Airport Road in Abuja.

The accident occurred at about 3:10pm on September 19.

According to a voice in the video, the accident was caused by the VIOs who were driving against traffic while chasing a vehicle at the Lugbe interchange.

It was gathered that the officers were driving against the traffic on the bridge in an attempt to arrest a driver whose vehicle documents were alleged to have expired, but in the process had a head-on collision with an oncoming Toyota Corolla.

The incident attracted a large number of onlookers who thronged the scene.

They blamed the officers for the accident.

A background voice was heard explaining what happened: “VIO followed one way while chasing someone for money.

“They have damaged someone’s car.