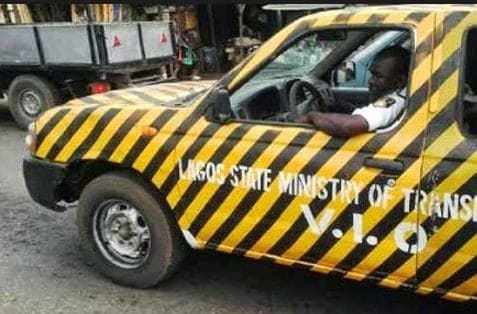 The FCT Vehicle Inspection Office says it is partnering with the Nigerian Army to curb traffic rule violators in the FCT.

Kalu Emetu, Public Relations Officer of the VIO, disclosed this in an interview with the News Agency of Nigeria in Abuja.

Emetu said the visit of Major General Ayuba Hamman, Garrison Commander, Nigerian Army Headquarters, to the Director of Service, Wadata Bodinga, was in connection with the partnership.

The PRO said during the visit, Bodinga said the operations of commercial motorcycles and tricycles within the territory had been a major challenge to the service.

He noted that efforts by men of the service and other paramilitary agencies involved in traffic management to enforce the ban on commercial tricycles and motorcycles within the city centre, had been difficult.

He said the VIO boss further lamented the presence of rickety vehicles in the city explaining that a good number of such vehicles had been dismembered after necessary inspections to the conviction of the owners.

He said: “Every crime in the territory in recent times have been linked to these unpainted taxis plying the city and operations of unregistered tricycles at different locations.

“So, in order to checkmate this incidents, we have stepped up efforts to have all taxis and tricycle operator’s information on the directorate’s data base alongside identification colours and side numbers.

“The database is to help the service in ensuring particular estates tricycles and taxis were unique to them and to ensure commercial motorcycles were restricted to operate within satellite towns only.”

According to the PRO, Hamman expressed his willingness to assist the service in any area that will enhance discipline following the growing rate of traffic infractions on Nigerian roads.

He quoted Hamman as saying that the Army was of the view that every action taken against any traffic offender should be such that would serve as deterrent to every vehicle operator.

He urged VIO to consider discipline on road violators as an option if Nigeria must make headway in its fight to ensure road sanity.