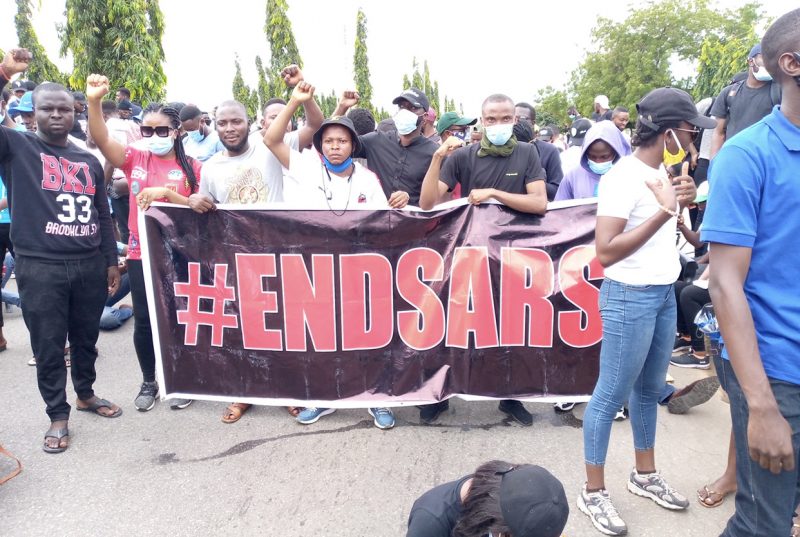 Youths participating in the #EndSARS protests continued their protests across Lagos State on Monday.

Their presence was largely felt in Lekki, Ikeja and Surulere beginning from the early hours of the day when they took to the streets protesting the atrocities of operatives of the Special Anti-Robbery Squad.

Among areas where the protest was firmly rooted, resulting in traffic chaos, were Lekki, especially the toll plaza area; Surulere, with the entrance to the National Stadium blocked; and Ikeja, where access to the local and international airports became almost impossible.

It came a day after the Inspector General of Police, Mohammed Adamu, announced the disbanding of the unit of the Police Force.

It also came on a day President Muhammadu Buhari said the disbanding of the SARS was his first step in a massive reform of the Nigeria Police.