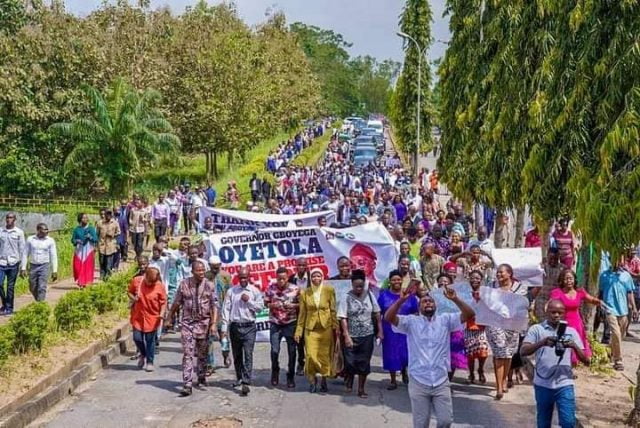 Public servants in Osun State on Monday held a “Thank You Walk” for Governor Adegboyega Oyetola.

The workers, who welcomed Governor Oyetola to the State Secretariat with fanfare and messages of appreciation, engaged him in a 1km walk from the Secretariat gate to the White House. 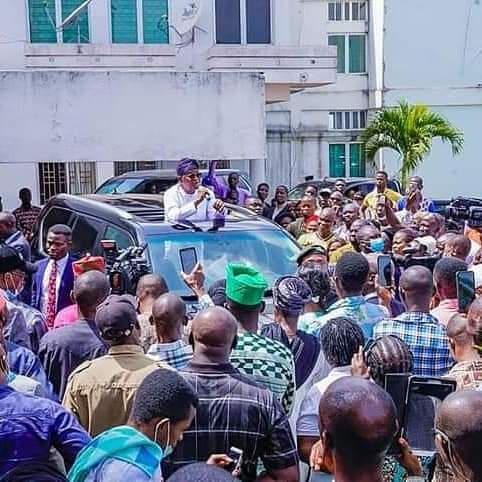 Speaking on behalf of the workers, Comrade Adekomi Jacob, the Chairman of the Osun State chapter of the Nigeria Labour Congress, appreciated Oyetola, describing the implementation of welfare packages for all categories of workers in the State as a welcome succour for workers.

Adekomi said: “We have experienced moments of wants, but now we are being launched into a season of abundance.

“The year 2012 was the last time we had annual increment in the State of Osun.

“That was also the last year workers were promoted.

“In 2018, we had a demonstration for three days before we could be granted a nominal promotion (without pay).

“At some point, we were even earning half salary.

“But today the narrative has changed.

“We have received five packages without any struggle or demonstrations under the current administration.

“We are also not overlooking the fact that since the inception of this administration, we have received full salaries till this time.

“Before now, we were told that promotion was a privilege, but Oyetola has changed the narrative.

“We thank the workers of the State of Osun for their patience over the years.

“I implore workers to remain patient and cooperate with the Oyetola-led government in the State of Osun because he means well for us.”

Also speaking, Comrade Arapasopo Adejumo thanked the Governor for delivering on his promises, adding that Oyetola had never minced words about his desire to improve the welfare of workers.

Comrade Laluwoye Adekola, who spoke on behalf of all Permanent Secretaries and Directors in the State’s Civil Service, commended Governor Oyetola for not disappointing those who trusted him.

Adekola said: “We have heard so much talk about the fact that people change when they get into power, but Governor Oyetola has been consistent, he has been his calm and composed yet effective and honourable self.

“I had worked with him before and I can attest that he has not changed.” 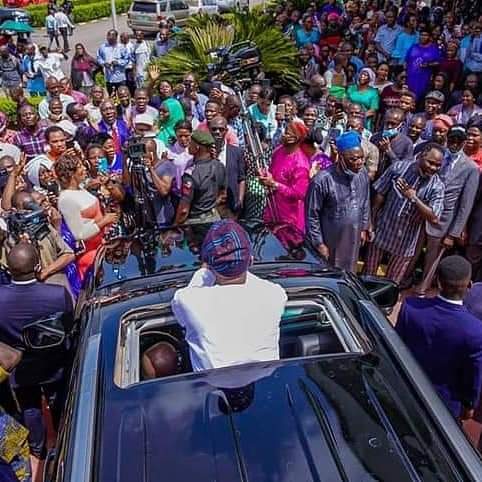 In his response, Oyetola expressed delight in the appreciation walk, describing it as an exhibition of part of the virtues of an Omoluabi, while emphasising the need to commit to greater productivity.

In his words: “I am delighted by this act of appreciation put forward by workers in the State.

“We remain committed to the electioneering promises that we made, especially the promise of prioritising the welfare of workers.

“We are doing our part of the bargain.

“I implore you all to be committed to your duties.

“Overall, we have to improve on the Internally Generated Revenue of the State because it is what we make that we will spend.

“I charge you all to also help to block leakages and wastage as much as it depends on you.

“The development agenda of the State is a collective responsibility.”

Oyetola also enjoined workers to warn their wards not to align themselves with people or agencies who are bent on destabilising the government.

He continued: “I also want to appeal to you all to warn your wards not to allow themselves to be used as agents of destruction of public and private properties.

“We are at a critical stage in the State, where we are calling on investors to come in and invest so that the economy of the State can improve, some people are troubling the existing ones.

“This is not fair on the future of the State.

“Let us be guided.

“We are talking to other stakeholders, like the commercial motorcycle operators, to also cooperate with the government and not allow themselves to be used to cause damages. Please talk to your wards also while we engage others.” 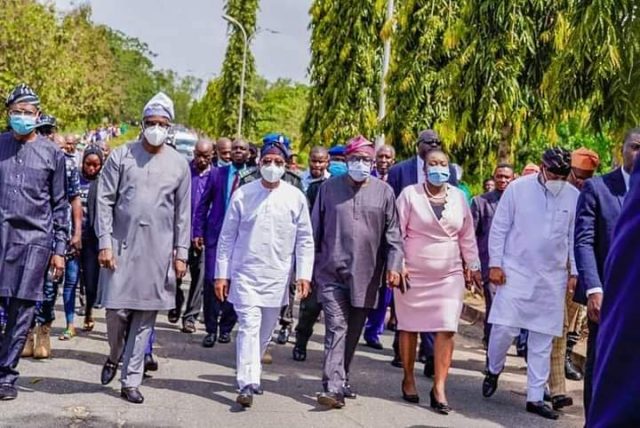