Video, photos as Ambode receives Prime Minister May in Lagos

The Lagos State Governor, Akinwunmi Ambode, on Thursday received the British Prime Minister, Theresa May, in Lagos, affirming that the State remains a choice destination for investors from the United Kingdom.
The British Prime Minister, who arrived the Presidential Wing of the Murtala Mohammed International Airport at about 4:30pm, was received by the Governor; Deputy Governor, Dr. Oluranti Adebule; Secretary to the State Government, Tunji Bello; and Special Adviser, Overseas Affairs and Investment, Prof. Ademola Abass.
Ambode said he was delighted to welcome May to Lagos, noting that the relationship between Britain and Nigeria dated back to the 19th century.
He said that much of Nigerian education, cultural and political systems were influenced by Britain and that there are more Nigerians living in the UK than elsewhere in the world outside Nigeria.
Ambode emphasised that Lagos remained a place of choice for British investors, especially given that stability in the government, the size of Lagos economy and population as well as the particular focus of his administration on the rule of law and justice sector reform.
He said: “We just had a sort of bilateral discussion with the Prime Minister of Britain and just like what you are already aware of, she had actually visited Abuja earlier in the day to see Mr. President but again the important part of this visit to us more or less is to discuss about how investment in Lagos can be improved upon by British investors and you would realize the fact that Lagos is the commercial capital of Nigeria and a whole lot of British investments are actually domiciled in Lagos.”
All of these, the Governor said, have not only enhanced the ease of doing business in Lagos but also ensured a greater protection of people and investment in the State.
He also said that it would be of particular importance to Lagos State if British investors could explore the various opportunities that exist in the State in the areas of energy, technology, export finance, infrastructure and the creative industry.
He said: “So, we spoke about how we can improve the investment climate in Lagos and then the other parts of what Lagos has been doing to attract investors. You know we have been doing a lot in judicial sector reforms and security sector reforms and the Prime Minister was pleased with the progress that we are making in Lagos and ready to compliment our efforts by opening up export credit facility and development finance to some of the things that we are doing in Lagos State.”
The Governor expressed optimism in the strengthening of the relationship between Britain and Lagos and avowed that his administration would do whatever it takes to achieve that goal.
He added: “We spoke about things relating to technology, infrastructure and also the creative industry. The relationship that Lagos has had with Britain dates back years and you know Lagos in 1861 was a British Colony and so the history has been so long that we need to just reactivate that and also make sure that a whole lot of British investments come in to Lagos and she is pleased with the progress that has made. She has gone round and she is willing to do more with us and encouraging British investors to come in to Lagos and we are happy with that.”
Speaking to journalists at the airport, the British Prime Minister noted that she was happy to be in Nigeria and Lagos in particular to see the thriving business community.
He said: “I have had a fantastic visit to Nigeria and we have outstanding relationship between UK and Nigeria but there is much more that we can do in the future. I enjoyed being able to come to Abuja and also to Lagos to see the thriving business community here.
“We want to see increased trade between Nigeria and UK; increased investment; bringing jobs here to Nigeria, jobs in the UK being good for both countries and I have had an excellent time here and I am very pleased to being able to be here and thank you Governor (Ambode).”
May pointed out the important role that a stable government in Lagos plays in giving extra confidence of investors in the State.
The Head of the British Government also disclosed the availability of export credit finance to the tune of 750 million pound sterling as well as a considerable development finance, which Lagos State could look towards.
She spoke about the role that British could play in the development of the technology industry in Lagos given the particular capability of the UK in that area.
In that regard, the PM disclosed that she brought as part of her delegation, an expert in Fintech to explore the opportunity in this area that Lagos could benefit from.
The British Prime Minister also noted the special strength of the London City as a financial hub that could be of considerable importance for Lagos State, just as she emphasized sustainability and growth in Britain/Lagos relationship.
She expressed the desire of the British government to assist Lagos in the development of her creative industry and alluded to the fact that the jacket she was wearing when she met with the Governor was actually made in Nigeria. 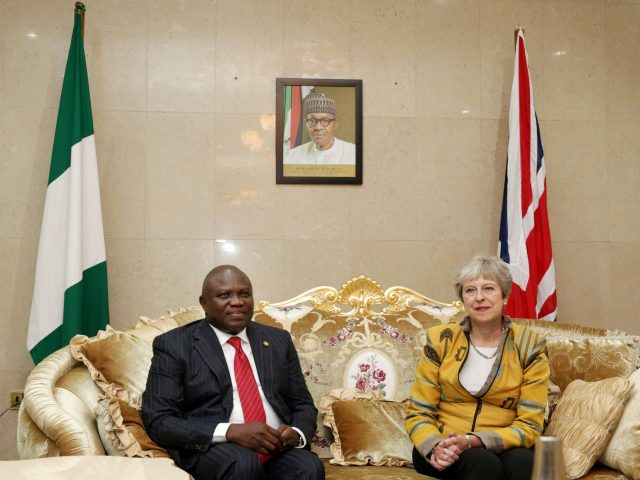 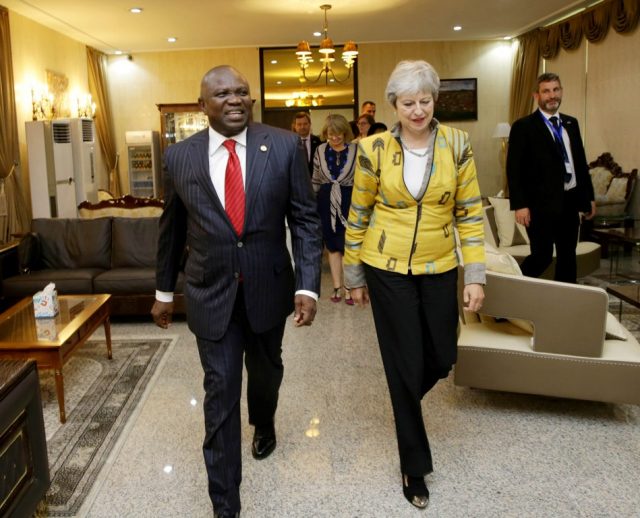 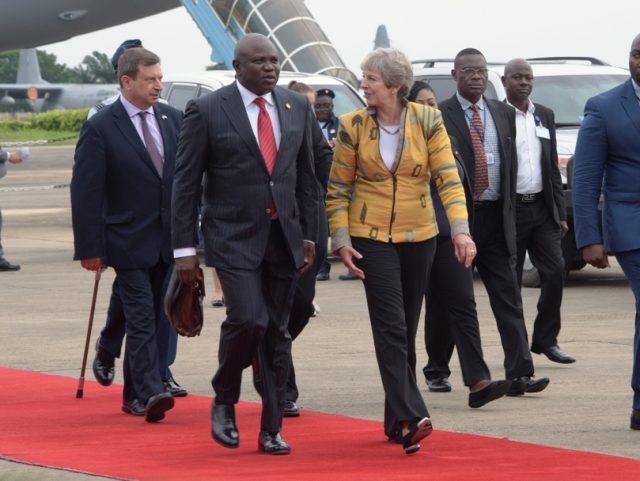 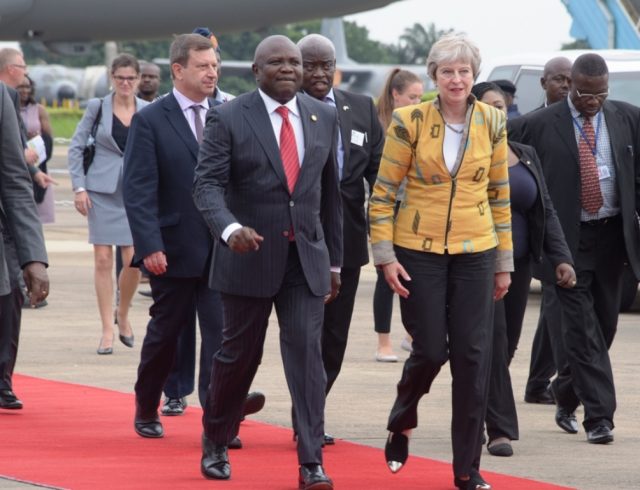 Residents of four Lagos LGs at risk of flooding told to relocate, 14 others identified