Victory over FC IfeanyiUbah was below expectation — Rivers United coach 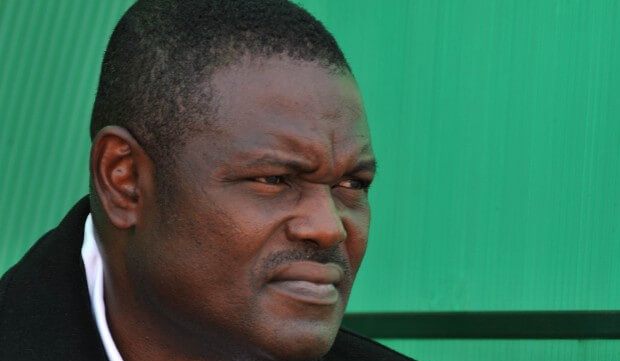 Stanley Eguma, the Head Coach of Rivers United Football Club, on Sunday said he was unhappy with his team in spite of their 1-0 victory over visiting FC IfeanyiUbah of Nnewi.
Eguma said his team’s performance in the Match Day 23 fixture of the 2019/2020 Nigeria Professional Football League played at the Yakubu Gowon Stadium in Port Harcourt was below expectations.
He said: “The visiting team gave us a tough game.”
He however thanked God for the victory and commended his players for securing the maximum points.
Eguma added: “We played below expectations, no doubt about that.
“We tried to outsmart our opponents but they came prepared.
“However, the important thing is we were able to get the victory.
“The goal came very late in the game.
“That was not good for us.
“And before then, the boys were somehow demoralised because our opponents came out very strong for this game.
“Though, I had expected a tough game today because after winning an away game, our next opponents would be prepared more than expected.”
Eguma said while Rivers United were trying to win all games, whether away or home, they were however not finding home games easy to win.
He said: “We don’t find it easy at home to win.
“It could the strategy of our opponents or we tend to relax more at home than when we are playing away.
“But we are going to work against that to ensure that we always win home games comfortably.”
According to the Rivers United coach, away victories are making the league very competitive and his team were prepared to win their next game in Enugu against Rangers International FC.
He said: “We have respect for Rangers because they are a very strong team in the country.
“We don’t underrate them, but we are going to Enugu to play our best.
“It’s only our best that can give us good result there, because we are on course, and we don’t want to come down from the top of the table.”
Speaking also, Uche Okagbue, the coach of FC IfeanyiUbah, said his team played well and he was not happy because they were yet to pick enough points away.
Okagbue said: “We have not got enough points.
“We got only one point away in the first round.
“So, we are trying to get it right in this second round.
“We tried the strategy of holding them on a counter-attack, to win the game or pick a draw, but unfortunately we lost.”
Okagbue however said he was determined to see that his team were among the top six clubs at the end of the season.
The News Agency of Nigeria reports that Ogbonna Onuoha scored the lone goal for Rivers United in the 81st minute.