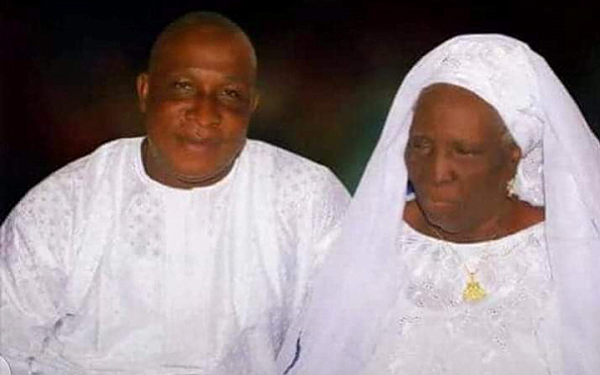 The actor and producer announced the passing away of his mum, Alhaja Aishat Ayoka AbdulKareem, in the early hours of Tuesday.

In a message shared on his social media pages, Oga Bello said his beloved mother passed away in Ilorin, Kwara State.

“From Allah we all came, To Him we shall all return. It is with a heart of thanksgiving and calm reflection that I announce the passing away of my most beloved mother. She was called to glory a few hours ago,” he wrote.

Oga Bello further revealed that his late mum will be buried today in accordance to the Islamic burial rites.

He wrote: “She will be buried today by 2pm at Bello’s compound Pakata Roundabout Ilorin.

“Details of Fidau shall be communicated later.”

The actor also urged his fans and Nigerians to put his family and late mother in prayers, adding: “Please put my late mother and the family in your prayers at this period.