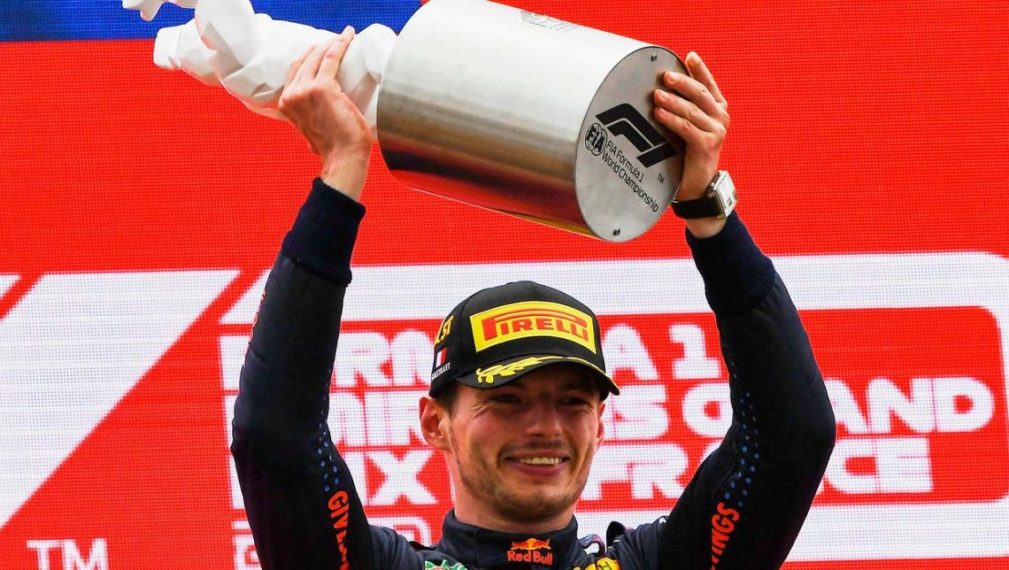 Max Verstappen fought back to pass Lewis Hamilton and take a brilliant win in the French Grand Prix to extend his championship lead.

Verstappen’s Red Bull team gambled on an extra pit stop, sacrificing the lead to come back at Hamilton on fresher tyres to pass the Mercedes with two laps to go.

And Mercedes were ruing a strategic blunder in which they left Hamilton out one lap too long and lost the lead.

That came after Verstappen had himself gifted Hamilton first place with a mistake at the first corner of the race.

After a thrilling see-saw battle between the two title contenders and their teams, Verstappen moves into a 12-point championship lead after seven races following his third victory in a row.

Paul Ricard in the south of France is notorious for producing dull races but this one was a stunner as the battle between Verstappen and Hamilton swung back and forth.

But Mercedes will rue their error in allowing Verstappen back into the lead after they followed the Dutchman’s on-track error on the first lap with their own in the strategy room.

“This one’s on us,” chief strategist James Vowles said on the radio to Hamilton after the race, acknowledging the error. “Thank you for doing everything you could to recover that race.”

Verstappen appeared to have gifted Hamilton an unexpected opportunity when he slid wide at the first corner and ran off track allowing Hamilton to slip into the lead.

That put Mercedes in control of the race, but they surrendered their position with a bad error in Hamilton’s pit-stop timing.

Bringing Hamilton in the next time around, as Red Bull did with Verstappen, would have secured the lead for Hamilton and he likely would have been able to control the race from the front for a comfortable victory thereafter.

Instead, they left Hamilton out for a second lap and Verstappen used his new tyres to produce a brilliant out lap, and when Hamilton emerged from the pits, Verstappen swept past him into the lead.

Hamilton hounded Verstappen over the next few laps, apparently much faster than Verstappen, as both drivers radioed to their pits that their tyres were already struggling.

Verstappen rejoined nearly 20 seconds behind but immediately began closing in on the Mercedes.

He caught and passed Bottas on lap 44 and then homed in on Hamilton, diving past into the chicane on lap 52, with a lap and a half to go.