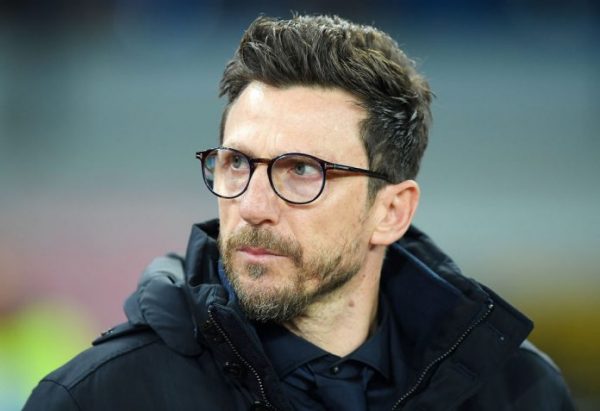 Hellas Verona have officially announced the sacking of coach Eusebio Di Francesco after only three Serie A games.

Reports in Italian media emerged regarding the Gialloblu’s decision to part ways with Di Francesco after the 1-0 defeat to Bologna on Monday.

Now, the club has confirmed the decision with a statement on their official website.

“Hellas Verona FC announce that they have relieved Eusebio Di Francesco from the position as coach of the first team,” the statement said.

“The Gialloblu thanks coach Di Francesco and his staff, Francesco Tomei, Stefano Romano, Giancarlo Marini and Franco Giammartino, for the activity carried out until now.”

Di Francesco started the new season with three defeats against Sassuolo, Inter and Bologna in Serie A, and the Gialloblu sit 19th in the table.