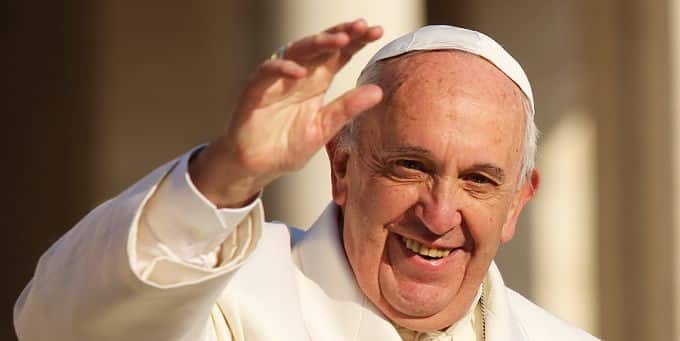 Share
Facebook Twitter LinkedIn Pinterest Email
The Vatican said on Thursday a Holy See tribunal has indicted two former top officials of a children’s hospital on charges of diverting nearly half a million dollars to renovate the apartment of a high-ranking cardinal.
The Vatican in a statement, said the two, Giuseppe Profiti and Massimo Spina, respectively the former president and treasurer of the Vatican-owned Bambino Gesu hospital in Rome, were ordered to stand trial.
The first hearing is set for July 18.
The indictment accuses the two men of spending 422,000 euros (481,000 dollars) in 2013 and 2014 on refurbishing the large Vatican apartment of Cardinal Tarcisio Bertone, who was not indicted.
Profiti and Spina made no immediate comment.
Bertone, 82, was the Vatican secretary of state for most of the pontificate of former Pope Benedict and was one of the most powerful men in the Holy See.
He was removed from office in 2013, eight months after the election of Pope Francis.
The renovation work started a few weeks later on the spacious property, which is next door to the Vatican guest house, where the pope lives in a modest suite.
The indictment of two people close to Bertone indicated that Vatican prosecutors were determined to pursue even delicate cases, a Vatican official said, speaking anonymously because he was not authorised to discuss details of the case.
Profiti and Spina risk prison sentences of three to five years if convicted, under Vatican laws on conspiracy to commit a crime and misappropriation of funds.
Bertone’s comfortable lifestyle clashed with that of the pope, who shunned the large papal apartments in the Vatican’s Apostolic Palace and has urged Church prelates to lead humble, frugal lives.
When the Vatican confirmed in 2016 that Profiti and Spina were under investigation, a lawyer for Bertone said the cardinal had never asked for, nor authorised payment for the restoration work from hospital funds.
Hospital officials said at the time that Bertone had given 150,000 euros of his own money to Bambino Gesu to make amends for damage done to the hospital’s image.
According to the Vatican indictment, Profiti and Spina diverted the money directly to the head of the Italian construction company that did the work inside the Vatican.
The Bambino Gesu, considered one of Italy’s best pediatric hospitals, is in Rome but has extra-territorial status as part of the Vatican, a sovereign state.
It was founded by a wealthy Italian family in 1869 and donated to the Vatican in 1924.
Giuseppe Profiti Massimo Spina Pope Francis
Share. Facebook Twitter Pinterest LinkedIn Tumblr Email