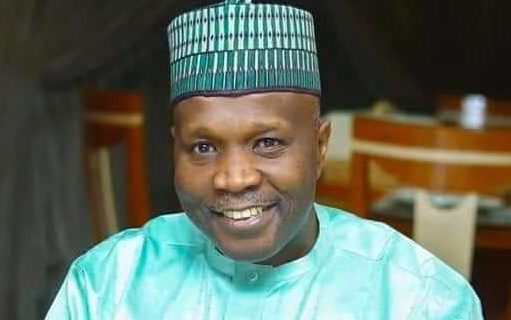 Governor Inuwa Yahaya of Gombe state has said that the move by governments of Lagos and Rivers to begin collecting Value-Added Tax (VAT) in their states was a wake-up call for the state.

Yahaya stated this on Monday in Gombe when he received stakeholders of the All Progressives Congress (APC) from Gombe South Senatorial district.

The stakeholders, who came to present to the governor a certificate of vote of confidence in his leadership style, were led by Sen. Bulus Amos (APC-Gombe South).

He said with what was happening with Lagos and Rivers on VAT collection, “if they are granted the opportunity to collect VAT, what are we going to do?’’

According to him, if the income from VAT ceases, the state government would be unable to pay salaries, pointing out that 35 per cent of the state’s earnings was from VAT.

He said that the reason the two states could boast over VAT collection was because of the industries they have in their states, hence, “we must wake up to the reality on the ground.’’

Yahaya added that his administration was working ‘tirelessly’ to leverage the opportunity of having three dams and the 40MW electricity being generated in the state to invest in the establishment of industries.

The governor also said that when the proposed industrial park comes to reality, it would open up opportunities in Gombe state for industries to be established and youths to get employed and the state’s economy improve.

He said the state needed to take advantage of its potentials to develop and improve the living standard of the people through the creation of industries.

Yahaya said the long-term impact of industries would be the livelihood improvements in host communities, adding “Ashaka Cement was established 40 years ago and the people of Funakaye and Nafada are enjoying it today.’’

The governor stressed that his administration was committed to the industrialisation of all zones in the state, to ensure inclusive growth and job opportunities for the youths.

“Recently, with Dadin Kowa Dam in existence that’s generating 40MW, we took advantage and cited the Muhammadu Buhari Industrial Park there which will facilitate the take-off of several industries.’’

He said that the first phase, that would cover one-third of the park, was expected to gulp $16.5billion and “that will facilitate the take off of many industries that will engage our youths.

Yahaya appealed to the people of Gombe South and the entire state to support the programmes and policies of the government to ensure development, for the benefit of the people.

Earlier, Sen. Amos appreciated the governor for investing resources in developing Gombe South, through the different infrastructural interventions amounting to billions of Naira.

The senator said the achievements of Gov Yahaya-led administration in the zone had made it imperative for the stakeholders to endorse the governor for another term, in order to deliver more to the zone.