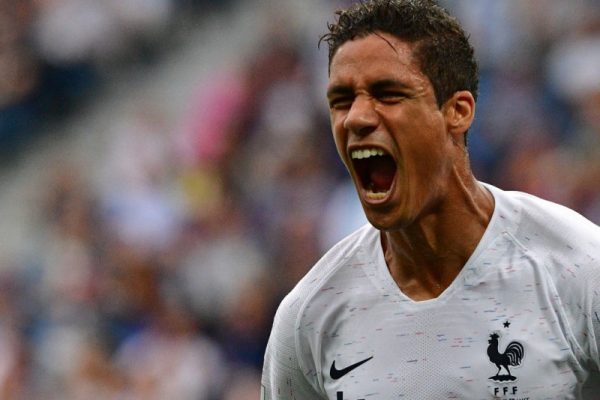 The 29-year-old has been on the sidelines for his club since picking up a hamstring problem during the 1-1 draw with Chelsea in the Premier League on October 22.

Initially, it appeared that Varane had done some damage to his knee or ankle, and he was in tears when he left the field at Stamford Bridge, suggesting that his hopes of playing in the World Cup were over.

However, it was later revealed that the injury was not as serious as first feared, with the defender on course to represent France at the World Cup, even if he missed their tournament opener.

“Rapha Varane isn’t in the squad, so he will be out, certainly until the World Cup, so we will not play in this block for Man United,” Man United boss Erik ten Hag told reporters ahead of the team’s clash with Sheriff Tiraspol in the Europa League on October 27.

“I think so (he will be fit for the World Cup), but the prognosis, we have to wait and see how it develops, how his rehab develops.”

Varane has missed his team’s last four games against Sheriff, West Ham United, Real Sociedad and Aston Villa, while he will also be absent for their next two against Villa and Fulham.

However, according to L’Equipe, the centre-back will have recovered from his injury in time for the World Cup, potentially returning to club training next week before flying to Qatar with the France squad.

The report claims that Varane has been running over the last few days, and unless there are any further setbacks, he will represent his country at the upcoming tournament.

France will take on Australia, Denmark and Tunisia in the group stage of the World Cup, with the reigning champions opening their campaign against Australia on November 22.

Despite some injury problems, Varane has enjoyed a strong start to the 2022-23 campaign for Man United, making 11 appearances in all competitions.

The former Real Madrid centre-back is also a vital player for his country, representing them on 87 occasions in all competitions, contributing five goals in the process.

France will definitely be without the services of two key players, though, with Paul Pogba and N’Golo Kante unavailable for selection due to knee and hamstring injuries respectively.

Meanwhile, a recent report claimed that Karim Benzema might not be fit for the team’s tournament opener, with the Real Madrid centre-forward currently struggling to overcome a muscular problem.