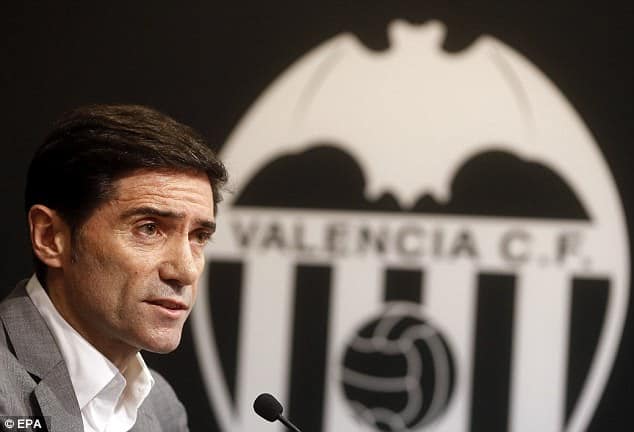 Marcelino has been sacked as Valencia head coach just three matches into the new La Liga season.
The 54-year-old was dismissed on Wednesday following a reported falling out with club owner Peter Lim.
The owner has been battling with the club’s sporting side for months as Lim has looked for more control over player transfers and sporting decisions.
Former Barcelona and Real Madrid midfielder Albert Celades, who was an assistant coach to Julen Lopetegui at the Santiago Bernabeu last year, has been tipped to take over at Mestalla.
“Valencia CF have informed Marcelino Garcia Toral of their decision to relieve him of his duties as first team coach, effective as of this Wednesday,” the club said in a statement.
“The club wish to thank Marcelino for his hard work and dedication during his time as coach, and wish him the best of success for the future.”
Marcelino was appointed as Valencia boss in May 2017 and led them to a fourth-place finish.
His position came under threat 12 months ago during a difficult start to 2018-19, but the club kept faith in the former Villarreal boss and were rewarded when they ended the season by winning the Copa del Rey final against Barcelona and clinching a Champions League spot.
Valencia have taken four points from three games this term but it was reported in Spain that Lim called club president Anil Murthy for an emergency meeting in Singapore on Wednesday after deciding to sack Marcelino.