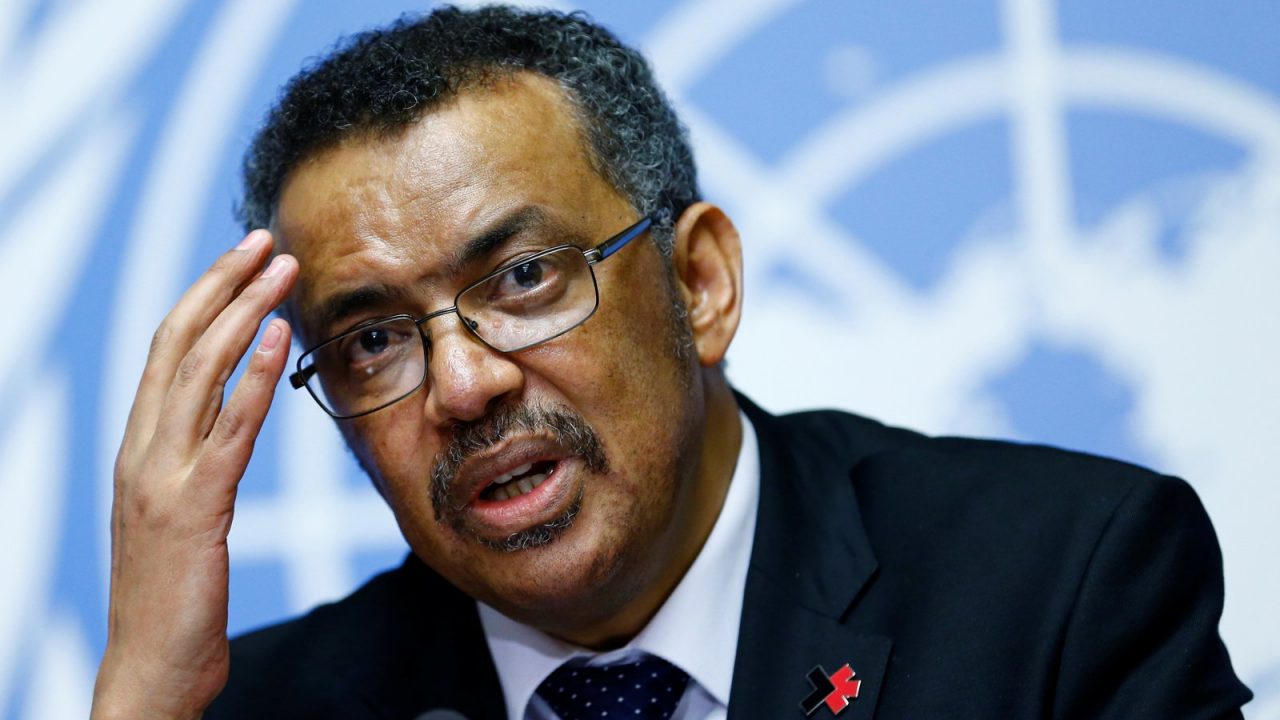 Ghebreyesus gave the warning at the ongoing World Health Assembly (WHA) being held virtually in Geneva.

The director-general said vaccine could not also address urgent need for a “One Health” approach that encompasses the health of humans, animals and the planet we share.

“There is no vaccine for poverty, hunger, climate change or inequality.”

He, however, called for leadership built on mutual trust and mutual accountability to end the COVID-19 pandemic and address the fundamental inequalities that lie at the root of so many of the world’s problems.

“It is time for the world to heal from the ravages of this pandemic, and the geopolitical divisions that only drive us further into the chasm of an unhealthier, un-safer and unfair future,” he said.

“Today and every day, we must choose health. We’re one big family.”

In addition, the WHO Director-General called for predictable and sustainable WHO funding.

He also called for the inauguration of a Universal Health and Preparedness Review and the need to “re-imagine” global leadership and “forge a new era of cooperation” reflecting the lessons of the COVID-19 pandemic.

Ghebreyesus called on member states to “address the shocking and expanding imbalance between assessed contributions and voluntary, largely earmarked funds.

He observed that WHO’s annual budget was equivalent to what the world spent on tobacco products in a single day.

The Chair of the Independent Oversight and Advisory Committee for the WHO Health Emergencies Programme (IOAC), Dr Felicity Harvey, presented the IOAC report, which made several recommendations.

Harvey concluded, “over the last four years, the WHE Programme has demonstrated its capacity to manage multiple emergencies and has helped affirm WHO’s position as a global health leader.

“But the COVID-19 pandemic has thrown the challenges faced by WHO in handling a global pandemic into stark relief and has placed the WHE Programme under global public scrutiny.”

The WHO Director-General’s Health Leaders Award for outstanding leadership in global health was awarded to Her Royal Highness Princess Muna Al-Hussein of Jordan, the Minister of Health of the Kingdom of Tonga, Dr Amelia Afuhaamango Tuipulotu, and the Kingdom of Tonga’s Nurses’ Choir.

The WHA73 considered a proposal for a supplementary agenda item entitled: “Inviting Taiwan to participate in the World Health Assembly as an observer”.

The proposal was considered in accordance with an agreed process for a structured debate known as a “two plus two” arrangement.

Following this process, the WHA73 decided not to include this item on its agenda.

This is the 15th time since 1997 that such a proposal has been submitted.

The World Health Assembly (WHA) is the decision-making body of WHO, and its being attended by delegations from all WHO Member States.

The main functions of the World Health Assembly are to determine the policies of the Organisation, appoint the Director-General, supervise financial policies, and review and approve the proposed programme budget.

The WHA usually takes place in May. This year, given the COVID-19 pandemic, a reduced (de minimis) WHA took place on May 18 to May 19.

The resumed WHA73 is taking place virtually from November 9 to November 14.