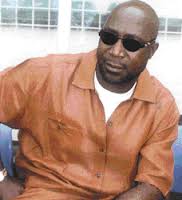 After losing to Plateau United of Jos in Week Four of the Nigerian National League, the Technical Adviser Niger Tornadoes Football Club of Minna, Chief Godwin Koko Uwua, has called on referees not to be partial in their officiating but to support the growth of football by allowing free flow of the game.
Uwua said in an interview after his side lost to Plateau United of Jos at the Rwang Pam Stadium, Jos on Saturday, that the centre referee was partial in his officiating.
Uwua said that the 26th minute goal scored by Plateau United’s Philip Azonto, via a header, was a controversial one, as Tornadoes’ goalkeeper, Aliko Mustapha, was impeded during the process and was not protected by the referee.
According to him: “I have been in this system for the past 30 years.
“I am in the Nigerian National League to help the younger ones.
“If we must develop the game, we must allow the better side to win.”
Uwua rated Tornadoes’ performance above Plateau United, saying that the Minna based club should have won the tie.
“Anyone who watched the game would have seen that my boys were more purposeful and gave best account of themselves,” he fumed.
He however said that he has put the match behind him and he is concentrating on his next home match, adding that the team cannot afford to be throwing away scoring chances.