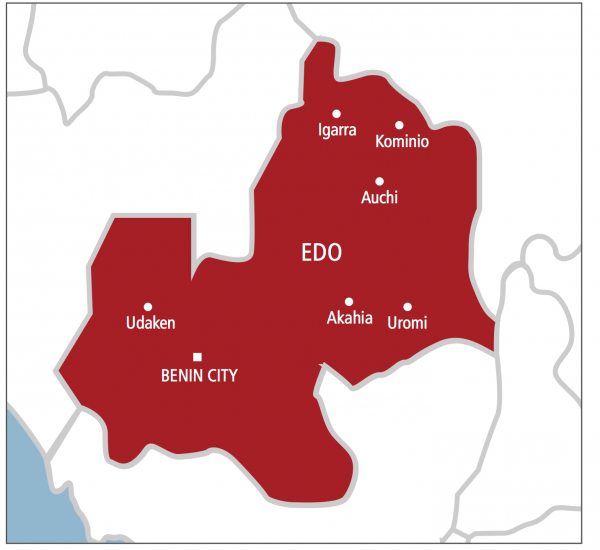 The Edo Government on Thursday constituted an eight-member Committee of Inquiry into the fire incident that occurred at the Uwelu Spare Parts Market in Benin on Monday.
The Secretary to the State Government, Osarodion Ogie, inaugurated the committee at the Government House in Benin.
Ogie gave the terms of reference of the panel to include examining the remote and immediate causes of the fire incident at the market.
The committee is to also establish the culpability of any person, group, corporation or entity in bearing responsibility for the incident.
He said: “The committee is to establish the full extent of damage and losses arising from the incident, as well as the response of the emergency response unit and law enforcement agencies to the incident.
“It is also to make recommendation to government on measures to be taken to avoid a repetition of similar tragic incidents in future.”
He also urged the panel to summon any person or group to offer testimonies or documents and also visit the site of the incident.
The government scribe added that the committee should carry out its mandate within its stipulated one-week time frame.
The Chairman of the Committee, Hon. Osagbovo Iyoha, Special Adviser to Edo Governor on Political Matters (Edo South), commended the Governor and the state government for the opportunity given to them to serve as members of the investigation committee.
Iyoha assured that members of the committee would live up to the confidence reposed in them and work within the stipulated time frame to meet its terms of reference.