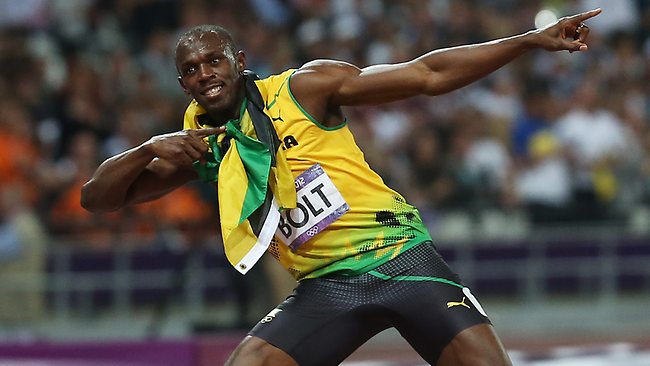 Jamaican sprinter and 100 metres world record holder, Usain Bolt, will finally realise his dream of playing for Manchester United next month, reports The Sun.
Bolt, better known for his exploits on the track rather than the football pitch, has spoken openly about his desire to one day live his dream and play for his boyhood club, Manchester United.
The 26-year-old said: “I know I could make a difference.
“I’d be the fastest in the team – but I can play as well.”
Now Bolt’s pipe dream is on the verge of becoming a reality – he is set to don the famous Red Devils shirt in Rio Ferdinand’s testimonial match against La Liga outfit, Sevilla, next month.
A source told The Sun: “Usain has finally got his wish and he’ll be lining up alongside Rio.
“It should be quite a game.
“It will be fascinating to see if Usain’s speed will be matched by his passing and ball control.”
Bolt was due to play a part in United’s pre-season friendly with Real Madrid, after Ferdinand convinced Sir Alex Ferguson to give the Olympic 100 metres and 200 metres gold medalist a run-out.
But those plans were seemingly scuppered after Ferguson’s retirement, though Ferdinand has convinced new boss, David Moyes, to give Bolt his chance in August instead.
Bolt’s selection for the friendly on August 9 is expected to be announced by the club next week.