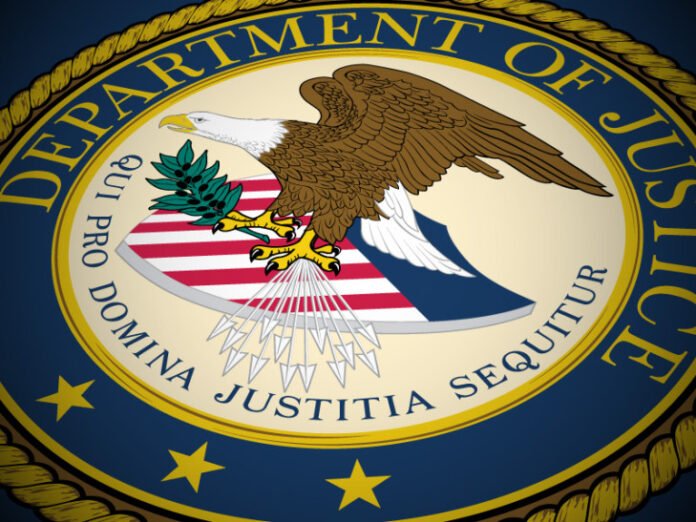 A 33-year-old Nigerian, Nnamdi Nwosu, has been declared wanted by two United States Government agencies: Department of Justice and Immigration and Customs Enforcement, for a $10 million business email compromise scam, for which six other Nigerians had been jailed.
Nwosu, who lives in Houston, Texas, is wanted on charges of conspiracy to launder money instruments and one count of passport fraud.
He remains a fugitive, for now, according to the Department of Justice.
ICE has called for information about Nwosu’s whereabouts through its toll-free Tip Line at: 1-866-DHS-2-ICE, or by completing its online tip form.
One of Nwosu’s gang members, Bameyi Kelvin Omale, 32, and also a Houston resident was sentenced to 135 months in federal prison on Wednesday and also ordered to pay $5,378,292.03 for his role in a money laundering scheme.
Omale was arrested in May of last year along with other Texas Nigerian nationals involved in the scheme to launder millions of dollars derived from business email compromise schemes.
Three others: Chinonso Agbaji, a 30-year-old Houston resident; Igho Calaba, a 26-year-old Austin resident; and Chibuzor Stanley Uba, a 31-year-old resident of San Antonio, pleaded guilty to the same charge.
Last month, Agbaji was sentenced to 78 months in federal prison; Uba to 36 months in federal prison; and Calaba to 30 months in federal prison.
Two others involved in the scheme were also sentenced.
In February 2019, 28-year-old Joseph Odibobhahemen of Austin pleaded guilty to one count of money laundering conspiracy.
In December 2018, 32-year-old Nosa Onaghise of Austin pleaded guilty to one count of passport fraud in furtherance of the money laundering conspiracy.
Odibobhahemen was sentenced to 78 months in federal prison and ordered to pay $1,639,419.57.
Onaghise is scheduled to be sentenced next week, reported KVUE, an affiliate of ABC.
According to the indictment, the money was largely derived from BEC schemes perpetrated against US and foreign victims.
The scheme began sometime before November 2016.
More than $10 million was allegedly sent by victims to accounts controlled by the defendants, who were able to take in excess of $3 million before the fraudulent transfers were stopped by law enforcement of financial institutions.