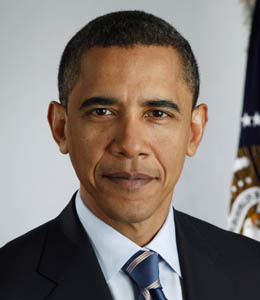 The United States of America and Canada have condemned Sunday’s Boko Haram attacks in Borno and Adamawa States that killed several innocent civilians.
A statement issued on Wednesday by the US State Department spokesperson, Jen Psaki, pledged support for Nigerian authorities in ongoing investigations into the attacks.
The US urged Nigerians to support government’s efforts to bring the perpetrators to justice.
It reiterated President Barack Obama’s commitment to supporting the people of Northern Nigeria in their struggle against violent extremism and assistance to the Federal Government in the fight against insurgency.
In condemning the attacks, Ambassador Andrew Bennett, Canada’s Ambassador for Religious Freedom, expressed condolences to the injured as well as the families and friends of those who lost their lives.
Bennett said: “Canada stands with the Government of Nigeria in its fight against terrorism and hopes it will bring those responsible for these crimes to justice
“Such violence, including that perpetrated against any faith community, must not be tolerated.”
He recalled that in December 2013, Canada listed Boko Haram as a terrorist organisation, noting that its members were responsible for hundreds of attacks and the deaths of more than 1,000 innocent people
Gunmen suspected to be members of the Boko Haram sect in two separate attacks in Adamawa and Borno State killed worshippers at a Catholic Church during mass in Waga Chakawa village in Adamawa.
Waga Chakawa is in Madagali Local Government Area, which shares boundary with Gwoza Local Government Area of Borno State.
On May 14, 2013, President Goodluck Jonathan declared a state of emergency on Adamawa, Borno and Yobe States in an effort to combat insurgency in the states.
On November 7, 2013, the Senate approved a request by the President to extend the state of emergency for six months.
A report issued by the United Nations last year estimates that no fewer than 1,200 have lost their lives since the state of emergency was imposed.