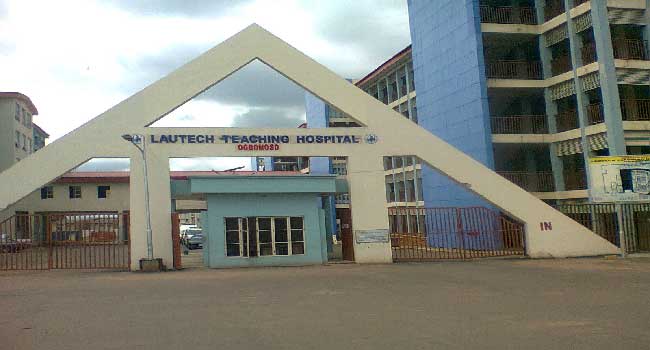 The Association of Resident Doctors of  Ladoke Akintola University Teaching Hospital, Ogbomoso, has warned the Oyo State Government of impending crisis  over 24 months unpaid salaries.
This was contained in a statement jointly signed by its Chairman, Dr Ayobami Alabi, and Secretary, Dr Emamizo Ojo-Maliki.
The statement made available to the News Agency of Nigeria in Ibadan on Monday said a crisis  was imminent should government continue  to remain insensitive to their plight.
NAN recalls that the association and others at the institution had issued several statements over the payment of percentage salaries to their members in 2016 and 2017.
The ARD called on the government in the spirit of fairness and obligation to pay their 24 months salary.
It said: “We have endured patiently with long suffering the pains of unpaid percentage salaries of 2016 and 2017, cumulatively 24 months emolument, despite several appeals to the state government.
“We are a reasonable people and have demonstrated this over the years; we warn the government of Oyo State of the impending storm in the health sector if she continues to be insensitive on this matter.
“Though, we hope to avert this, we will no longer allow our sense of responsibility and duty to be taken for granted. We affirm the statement that says the labourer is worthy of his wages.”
The association said its members had remained committed to their profession and rendered quality health care services to all in the state despite being owed 24 months percentage salary arrears.
It added: “We smile at our patients showing empathy while we received none, our families groan in hunger coupled with inability to fulfill financial obligations.
“Yes, it was this bad, but we remained faithful to the Hippocratic Oath and to our consciences in hope that the government of Oyo State will be faithful in her responsibility to us.”
It called on members of Oyo State House of Assembly, traditional rulers and other stakeholders to prevail on the Oyo State Government to pay their arrears.