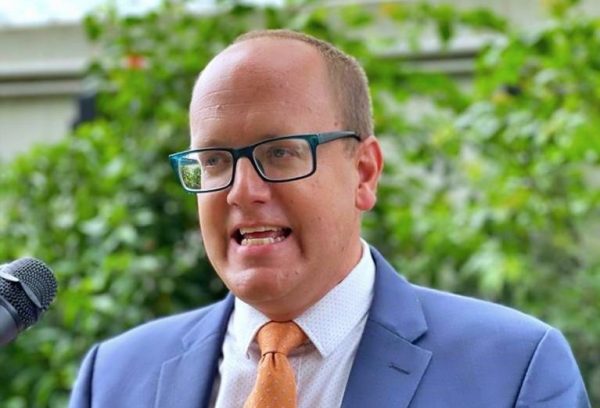 The United States Mission has welcomed Will Stevens as the new Consul General at the Consulate General in Lagos.

The mission, in a statement on Monday, said Stevens arrived Lagos on July 29 following consultations in Washington, D.C.

The mission said Stevens had served over 19 years in the US Department of State as a career Foreign Service Officer with overseas experience in South Africa, Russia, Turkmenistan, Israel and Belarus.

The News Agency of Nigeria reports that Stevens succeeds Claire Pierangelo, who led the consulate from August 2019 to April 2022.

The Mission quoted the new Consul General to have said that he and his family looked forward to “getting to know Nigeria first-hand – exploring the region, experiencing the culture, and most importantly, meeting the people”.

NAN also reports that Stevens is the senior US Government representative to the Nigerian people throughout the 17 states in the southern part of the country.

He will be responsible for leading and overseeing US Government activities that enhance trade and investment relations and bilateral people-to-people ties across the region.

Before arriving in Nigeria, Stevens served as the Acting Consul General in Cape Town, South Africa, where he directed the US Government’s engagement in South Africa’s three cape provinces.

Under his leadership, US-South Africa’s trade and investment expanded by 50 per cent over two years, and he coordinated the US Government’s response to COVID-19 in the Cape.