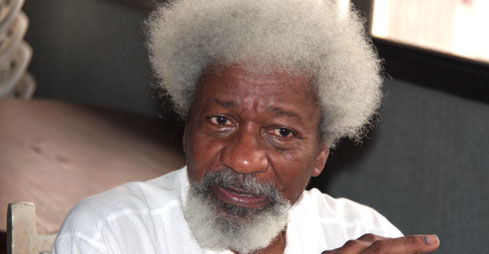 Nobel laureate, Prof. Wole Soyinka, has described the killing of four students of the University of Port Harcourt, Rivers State as the height of man’s inhumanity to man.
Soyinka, who spoke on Thursday, in Port Harcourt, the Rivers State capital, at the public presentation of Port Harcourt as UNESCO World Book Capital for 2014, said it was painful watching the video clip of how the students were killed and burnt.
He said: “I believe quite frankly this country is at war.
“The war is between the forces of darkness and the forces of light.
“The forces of intellect, the forces of rationality and the forces of atavism retrograde thinking, the forces of hatred against humanism.
“I believe that if we surrender to these banal forces in our society, we cease to be human beings because we succumb completely to fear and it is the same message we must take to those in this nation, who believe that books are wrong.
“I don’t care whether they call themselves the final defenders of the pure road and the ultimate salvation or call themselves Boko Haram.
“Boko Haram and all organisations, all movements that wage war against books, against literacy, against education, enlightenment in any form have declared war not on the state, but on humanity itself and in spite of such setbacks, in spite of such horrors, we have the responsibility to support and to sustain efforts such as being made by Rainbow Club and allied societies and organisations.
“This recognition indicates very clearly that something, at least, is going right in Nigeria despite the avalanche of negativities.”