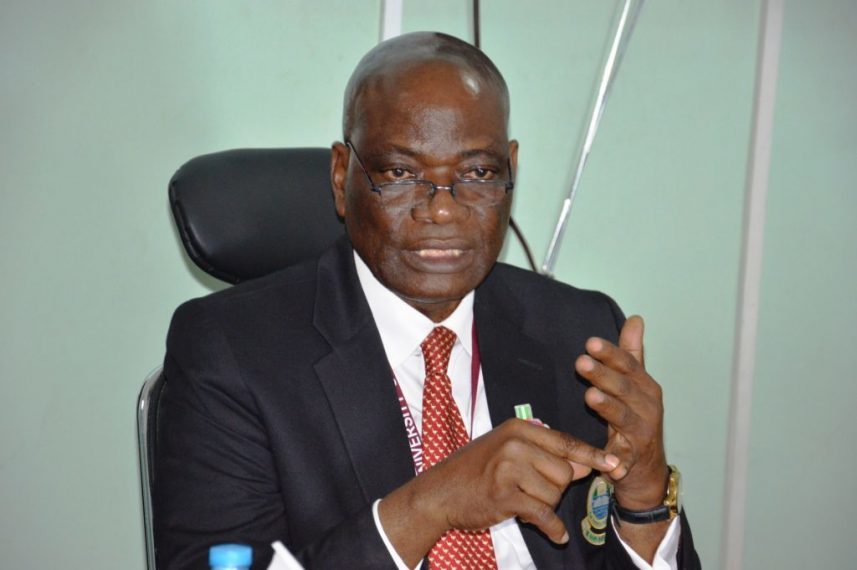 The Vice Chancellor, University of Lagos, Prof. Oluwatoyin Ogundipe, has charged students to develop themselves more in the area of innovation, to complete locally and be relevant globally.

He gave the charge at the inauguration of a N70 million Digital Engineering Laboratory located at the Department of Electrical and Electronics of the institution on Friday in Lagos.

The laboratory was donated by Siemens Energy as part of its Corporate Social Responsibility.

The News Agency of Nigeria reports that the company which operates globally along nearly the entire energy value chain, has some of its products as gas turbines, steam turbines, power generating sets, transformers and compressors.

Ogundipe, who described the laboratory as a game changer, noted that students of the university would be better positioned to think out of the box in a bid to be more innovation inclined.

According to him, this way, they will be equipped with the much needed skills for their self development as well as contribute their quota to the development of the country’s economy.

The outgoing 12th vice chancellor and professor of Botany said that the laboratory was of world standard as it was comparable to what was obtainable in top class universities in other climes.

Ogundipe said: “This facility is coming up at the right time.

“It will lead to modeling innovation in the area of energy.

“It is also a big investment from Siemens Energy in the university of Lagos and will be used by the students for their start ups or starting their own businesses.

“If you go all over the world now, what you see is how students develop their skills and this is what we are looking at to achieve with this laboratory, in the area of innovation, entrepreneurship and skills development.

“This will cut across every sections of life endeavours, be it Medicine, Engineering or Science.

“This place will come handy.

“They will be able to see the simulation of some of the projects that they want to do and also, move to where we have the 3D to print  some of the things that they come up with here.”

Ogundipe assured that the university was committed to ensuring that the facility was well maintained.

He lauded the donor company for the gesture, while assuring them that the laboratory would be given all the support needed to ensure maximum productivity.

He said: “We will give this facility all the needed support in a bid to ensure that it is well maintained for maximum output, and so that in the next 10 to 15 years, it will still retain its standard and so that all that we have in there will remain highly functional and relevant.

“We are going to put softwares here, and like the Managing Director rightly said, they have imported software worth N20 million for the purpose of this laboratory and also train our academic staff, who will impact the knowledge on the students.”

While inaugurating the project, the Managing Director of Siemens Energy, Seun Suleiman, said education and environment were among the key priorities for the company in terms of giving back to the society.

According to him, with education, one can never get it wrong, as when a society is educated, it takes menace off the streets.

Suleiman noted that the project, which cost the company N70 million, was kick-started together with his predecessor.

He said: “When we started the project, we perceived that Unilag was at the centre of commerce, as Lagos is the hub of commerce in the country, and so felt that it will have more impact if we could start by citing it here.

“We will however also expand in other  institutions across the country.

“I will continue to maintain that education remains the key to liberate citizens from poverty.

“You can never get it wrong when you educate a society, because it is a major way of taking menace off our streets.

“Through education too, people are gainfully employed.

“What we have put up here today is in the tune of N70 million, all for the betterment of the students.

“They will not be students who will leave the four walls of this university and will not be able to add value to their employers, so, this facility means a lot to us.”