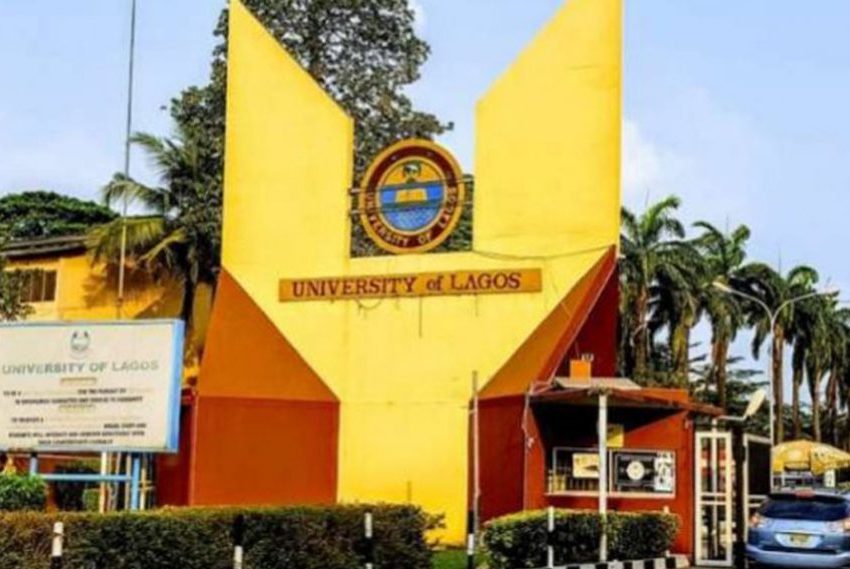 The leadership scrimmage which recently erupted in the University of Lagos, with the latest recall of the sacked Vice Chancellor, Prof. Oluwatoyin Ogundipe, to some, is considered to have reached its final stage. To the folks with this mindset, except for references in the future, nothing is substantially left to hear or do again on the saga, which is deserving of serious attention and pondering.

A brief recap of the rumpus. On August 12, 2020, the UNILAG Governing Council, then under the headship of Dr. Wale Babalakin (SAN), in a majority vote, at a decisive meeting of the body, relieved the just reinstated VC of his appointment (then), following allegations of abuse of office, financial recklessness and many infractions in award of contracts. This action, expectedly, did not go down well with Prof. Ogundipe and as such immediately headed to court to contest the Governing Council’s decision.

Barely 24 hours after the sack, the University’s highest decision-making organ announced Prof. Theophilus Omololu Soyombo as a replacement for Ogundipe, but on acting capacity. Still, the battle raged, as Prof. Ogundipe insisted, he remained the academic head of the citadel. Amid this controversy and confusion, came the biggest stick – the announcement of sack, on August 22, 2020 by President Muhammadu Buhari – of both the then sacked and acting VCs, as well as Dr. Babalakin.

All of these, including the appointment of the mass media entrepreneur and an alumnus of the university, Dr. John Mohmoh, as the acting Chairman of the Governing Council, are known to the public. However, the shocking, scandalous and weird twist of the saga was the revelation by the Chairman of the Visitation Panel, Prof. Hamman Tukur Saad of Ahmadu Bello University, Zaria, with respect to the findings of the panel, its recommendations the expectations and what eventually ensued.

President Buhari on November 12, 2020 reinstated Prof. Ogundipe as the substantive VC of the institution. Ordinarily, every sane mind would have drawn the conclusion that the recall tallies with the special panel’s endorsements. Far from this. In a letter dated November 10, 2020, to the Chief of Staff to President Buhari, Prof. Ibrahim Agboola Gambari, Prof. Saad was reported in the press as saying that he regretted appending his signature on the controversial report. The Professor of Architecture alleged that the panel members derailed in the agreement jointly reached and he was hoodwinked to have taken his decision. Prof. Saad’s allegations were deep and hefty, therefore, should be a source of concern to the public and become among the frontal reasons why the issue may not be considered concluded and need for it to be revisited without delay.

In the letter, Saad wrote: “As Chairman, I didn’t want to sign the final report but I felt that would be a slap on the face of the government and it would generate so much bad publicity in the public domain, that I would rather sign on the understanding that the matter would be referred to the Shehu of Borno as the Chancellor.”

He recalled in his letter that as soon as the panel was inaugurated, he secured the mandate of the Federal Ministry of Education to bring in the Chancellor to mediate in the crisis and the “final recommendation of the panel was that the matter should be referred back to the Chancellor, irrespective of what the panel recommended.”

Then came the most appalling misgiving against Saad as he wrote: “As it stands now, I feel I was made a fool of and stabbed on the back by people I trusted. Furthermore, it will be impossible for any Council to manage a university in this country if the recommendations of the panel are implemented in a White Paper. A White Paper based on the report submitted by the panel and neglecting the final recommendation of referring will raise many questions.”

Regrettably, the stage for disconnect, which later became prevalent, seemed to have been set earlier. When he got wind of that, Saad in a letter to the Minister of Education, Mallam Adamu Adamu, raised the alarm on the integrity of the report submitted by the panel on September 17, 2020. Unfortunately, despite this hint, it appeared Saad was just like “a lone ranger” or a “one-man artillery” only pre-occupied with and was executing a sole and self-battle. Consequently, nothing serious was done, hence, the last week recall of Prof. Ogundipe!

Again, Saad in another correspondence dated October 7, 2020 and titled: “RE: SUBMISSION OF REPORT OF THE VISITATION PANEL ON UNIVERSITY OF LAGOS CRISIS TO HONOURABLE MINISTER,” alleged that the panel’s report was one-sided because, most of the members were biased in support of the recalled VC, while the Terms of Reference (ToR) were also “skewed” against Dr. Babalakin. He exposed that despite the defect in the report, it was not as if it was false, but contained half-truth in “order to protect one party and magnify the facts from the other party by pushing the blame to one side, omitting what could have balanced the report.”

The Visitation Panel head revealed that majority members of the body were on the mission to rescue the VC and indeed spared no effort in minimising his faults, even though they were “often obvious”.

The list of then alleged misconduct included: splitting of contracts so that the figures would be within his (Prof. Ogundipe) approval limits; in the renovation of his house and that of some Principal officers. In achieving this, one Contractor was given four contracts on the same project on the same day, ensuring that each package remained within the VC’s approval benchmark. Prof. Saad pointed out that there were other cases of this nature, all with clear evidence. Other accusations included very expensive 75 external trips by the VC and his “cronies”. This is despite the fact the total annual DTLC of all the Departments of the University was just N35 million per annum! There was also an indictment of Management hiding up till N10 billion financial status of the University from the Governing Council. But when confronted, the Bursar’s nauseating response was that he only presented Budget Performance to the F&GPC, not the whole Treasury content! It is shocking to hear, according to Prof. Saad, that to all these weighty allegations; the panel’s recommendations drift was either to deflect facts or indulge the VC.

In contrary, Saad informed the Minister in his letter that the panel was also furnished with many memos which evident the former Chairman of the Governing Council for financial probity among others, but were skipped and not included in the final report, ostensibly because “it appears three of the terms of reference were targeted at the Chairman in his role of removing a VC and appointing an Ag VC.”

If despite all these breaches Prof. Ogundipe’s employer deemed it right to overlook and recall him back to duty, in all honesty, the public should begin to ask some critical questions about the crusade on corruption in the country. We should ask, why should these mess be allowed to transpire without due diligence in a university which is supposed to be the symbol of rectitude? What are our universities’ communities turning into? May we ask, why should the citadel heads, who are expected to be moral compass for both staff and students involved in misconduct of this nature and to this alarming level? Yet, the drama unfolded as if nothing unpleasant has happened?

It may interest the readers of this piece and the public in general that the controversial final report of the Visitation Panel, which paved the way for Prof. Ogundipe’s reinstatement was chronicled by fellow Comrades dons. Findings showed that the six-man Visitation Panel comprised four Professors out of which three were former VCs. Again, of the three, two were former Presidents and members of the Nigerian Academy for Science. Prof. Ogundipe was also recently conferred with the Fellow of this professional body. Apart from the Chairman, who is an Architect, the remaining five members of the panel have their callings in Chemistry, Epidemiology and Parasitology.

Given these facts, it may not be amazing to read such a rattling, explosive and resenting revelation by Saad, who from day one, might have been dubbed as a ‘black sheep’ or a hard nut to crack in the panel.

If the recent UNILAG Leadership debacle, especially in the face of fresh turn, is allowed to last with impunity, we can again, assert that it’s not strange to see the Universities’ Lecturers under the umbrella of the Academic Union of Universities refusing to be enrolled into the Federal Government FG’s Integrated Payroll and Personal Information System and have since been at loggerheads with the government, claiming to be fighting a genuine course. Noble activism my foot! ASUU Leaders need to be told that they have been crying more than the bereaved. Whose interest are they fighting, and which noble course are they involved when their senior colleagues – the reporting officers are being accused of sharp practices and when some of them don’t have their wards in the Universities where academic activities have been grounded for not less than eight months, many undergraduates and prospective students are getting frustrated by day, due to the union members’ long strike?

On the part of the government, if Prof Saad’s revelation on the Visitation Panel divisive report is swept under the carpet, that will be too bad and unexpected of a government which election campaign mantra and policy ‘anthem’ is anti-corruption. Or is it that the FG is tactically and subtly using this sordid cover-up as a bait to win to its side and corner the egocentric and roguish ASUU Leaders and their members? Given our history, this may not be out of place.

Listening closely to Prof. Ogundipe at an event in the UNILAG main auditorium late last year, I cherished his pleasant personality, his impressive mien, concise delivery strength and apt eloquence. But on this absurdity and alleged shameful conducts hanging on his neck, he deserves no glove-handed treatment, nor any soft landing as allegedly being orchestrated by his fellow Comrades on the Visitation Panel. This is a serious national issue – with bearing on our wobbling educational system, our national values and future. Therefore, for probity sake; government to rescue itself from accusation of conspiracy and ineptitude as well as for posterity purpose, FG should re-open and revisit the UNILAG financial and leadership rift. Certainly, with Saad’s exposition, the matter in the public opinion, to a large extent, is far from being over!

Balogun is the Head, Nigeria Bureau, Lagos, AFRICAN EXAMINER Online News, Baltimore, USA and can be reached via [email protected].