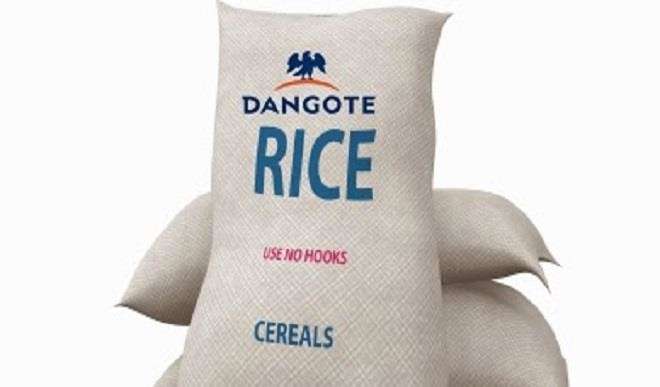 A novel multi-million Naira Youth Farming Initiative that will engage teeming unemployed Nigerian graduates in rice farming has been launched by the Dangote Rice Limited in Kogi State.
This is even as the Company prepares to hit the market with one million metric tons of Dangote Rice in 2018.
The Dangote Youth Rice Farm project, mainly an outgrower scheme for youths only, was flagged off at the Lower Niger River Basin Authority, Kampe, Ejiba in Yagba West local Government Area of Kogi State, where youth have embarked on rice cultivation over 100 hectares of land.
The rice farm project, which was preceded by a special training for the youth farmers on the dynamics of the rice farming, will see the youths cultivating the rice paddy on a 100 hectares of land, which will then be bought over by the company for processing.
Under the scheme, the Dangote Rice provides the seedling, anti-pest-chemicals and fertilizers, while the Basing Authority provided the land for the young farmers.
The management of Dangote Rice, led by the Group Executive Director, Devakumar Edwin, flagged off the project while taking delivery of some rice paddy bags produced from the pilot project.
Edwin explained that the project is a new dimension to the efforts by the pan-African conglomerate, the Dangote Group, at ensuring food security and creating job opportunities in Nigeria, especially for the youths, saying this Initiative is in line with the vision and commitment of Dangote Industries Limited to create a new generation of agri-preneur that will revolutionize the Nigerian agricultural sector.
He said: “We believe skill, knowledge, enabling environment, collaboration and linkages along the value chain are driving forces for economic empowerment and social development in line with the Federal Government policies. This project will address the skills gap in local rice production among unemployed youths by providing technical, organisational and financial requirements.”
Edwin said it would also enhance domestic rice production to cover the large gap between demand and domestic production and to increase self-sufficiency of Nigeria and substitute imported rice by quality Nigerian rice brands.
Edwin disclosed that most modern rice mills in Nigeria presently operate at not more than 20 per cent capacity utilization due mainly to lack of good quality paddy and that Dangote Rice aimed to change this situation developing and adapting outgrower schemes.
According to him, the Dangote Rice Company plans to set up a 150,000 metric tons integrated rice mill and offer for sale one million metric tons of parboiled rice by 2018.
The Dangote Group boss stated that the decision of the management to start the project was driven by two factors, one of which is the need for youth employment through empowerment to go into agriculture.
He added: “The youths are more vulnerable to crimes and other social vices when they have nothing to engage them and this in turn affect the nation negatively.
“The second factor is the need to strengthen the on-going efforts at producing rice for self-sufficiency so that we can save foreign exchange. By the time we will be doing one million metric tons of rice next year, no less than three million jobs would been created along the value chain.”
Edwin said the Kogi State pilot project will cover four season of two years and will be launched in four other states soon.
In his own remark, the Managing Director of Dangote Rice, Robert Coleman, urged the youth farmers to concentrate on the project and pay attention to details so that they would come out with good paddy yield.
Coleman congratulated the farmers for the decision to partner with Dangote Rice, noting that they have a solid source of livelihood for themselves and members of their families if they give their all for the success of the scheme.
The Coordinator of the youth farmers, Umar Etudaye, thanked the management of Dangote Rice for believing in them and engaging them for the project.
Etudaye promised that they would deliver on the mandate given to them on the project.
He stated that the scheme is a practical step towards nation building because it is the youths, who constitute 40 per cent of the population, would build the nation and only the youths that are empowered and gainfully employed could do that.