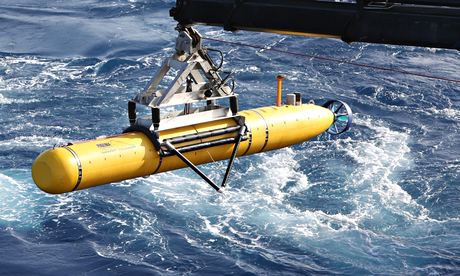 Australian Safety Transport Bureau announced on Tuesday in Sydney that the search teams would resume on Wednesday the hunt for missing Malaysia Airlines flight MH370 off the Australian coast.
It said new three-dimensional maps of the southern Indian Ocean floor and underwater devices would be used to help their efforts.
The bureau said this was one of the largest international aviation searches in history, after MH370 disappeared with 239 people on board during its March 8 flight from Kuala Lumpur to Beijing.
It said a Malaysian ship, GO Phoenix, was expected to arrive at the newly defined search area far off the Western Australian coast on Wednesday and stay for 20 days before refuelling.
It stated further that on Thursday, the second ship, the Fugro Discovery, would arrive at Fremantle to join the search.
“The two ships will use sonar and submersible craft to venture 4,880-metres deep to scan the priority sections of the search arc,” it said.
The bureau said the third ship, the Fugro Equator, which was currently mapping the sea floor, would join the other two vessels at the end of October.
The ASTB said so far, more than 106,000 square kilometres of the wide search area has been surveyed.
It said: “The comprehensive plan for the underwater search will include a sequence of priority areas.
“The first area to be searched has already been surveyed to ensure an accurate understanding of the sea floor topography.”
Malaysia authorities said the recent refinement to the analysis has given greater certainty about when the aircraft turned south into the Indian Ocean.
They said it has also produced a better understanding of the parameters within which the satellite ground station was operating during the last flight of MH370.
They said based on these refinements, the Search Strategy Working Group was finalising its latest assessment of the highest priority areas for the search.
They said it would most likely extend south of the previous ‘orange’ priority area.
Xinhua/NAN.