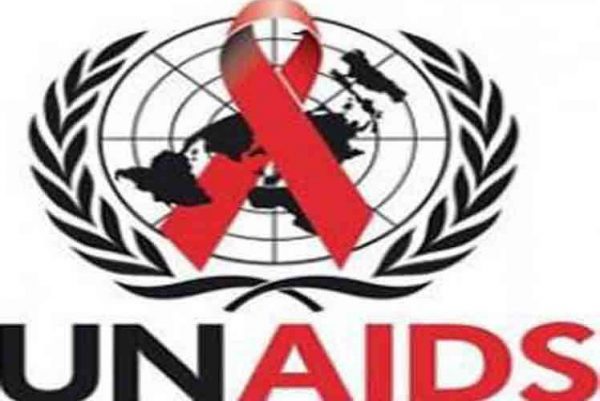 MANCHESTER, ENGLAND - SEPTEMBER 23: Arsene Wenger, manager of Arsenal looks on ahead of the Barclays Premier League match between Manchester City and Arsenal at Etihad Stadium on September 23, 2012 in Manchester, England. (Photo by Laurence Griffiths/Getty Images)
Share
Facebook Twitter LinkedIn Pinterest Email
At UNAIDS’ 42nd Programme Coordinating Board meeting, which took place in Geneva, Switzerland from June 26 to 28, Board members expressed their support for UNAIDS and underscored the critical role that the organization has to play in ending the AIDS epidemic.
In his opening address, the Executive Director of UNAIDS, Michel Sidibé, welcomed the Board’s support and reiterated the importance of focusing on the challenges and opportunities ahead in reaching the 2020 Fast-Track commitments agreed by the United Nations General Assembly.
Sidibe said: “The 37 million people who are living with HIV today, along with the 1.8 million who will acquire HIV over the course of this year, are counting on us. AIDS is not over—but it can be—and at UNAIDS we are fully committed to ending the AIDS epidemic.”
The Board requested UNAIDS to continue to strengthen joint and collaborative action at the country level as part of United Nations reform efforts.
Members also requested UNAIDS to continue to strengthen performance reporting aligned to national targets, with a focus on impact, results and the identification of areas which are off-track and bottlenecks, with actions to address those issues.
The Board encouraged donor governments to make multiyear contributions and release their contributions towards the 2016–2021 Unified Budget, Results and Accountability Framework as soon as possible to fully fund the 2018–2019 UNAIDS budget of $484 million.
During the meeting, an important funding announcement to UNAIDS was made by Australia, which confirmed it was pledging nearly $1 million in additional funds for HIV prevention in the Asia-Pacific region.
Board members expressed their support for the measures that UNAIDS is putting in place to address harassment in the workplace.
The Board heard Sidibé’s commitment to lead change as he outlined the proactive actions under way at UNAIDS to prevent sexual harassment, unethical workplace behaviour and all forms of abuse.
“UNAIDS is taking concrete actions to ensure zero tolerance and zero impunity for harassment and abuse of authority,” said Sidibé. “I am committed to ensuring a workplace where everyone can work with respect and dignity.”
Measures include a five-point plan to ensure that all forms of harassment and abuse of authority are identified early, dealt with swiftly and effectively with due process and to ensure that survivors and whistle-blowers are protected.
UNAIDS has also set up an anonymous and confidential Integrity Hotline, released its new Gender Action Plan 2018-2023 and called for the establishment of an Independent Expert Panel on harassment to provide policy recommendations on how UNAIDS can improve its response and identify areas where reform is needed.
The Board welcomed this request and has moved quickly to establish terms of reference for the independent expert panel.
The panel will report to the Board to ensure that the oversight of the panel remains entirely independent.
The UNAIDS Staff Association made a statement to the Board to emphasise the genuine will and commitment of the staff to bring about positive change.
The Staff Association also presented data from a recent staff survey in which 89% of staff responding said that their commitment to the goals of the organization is what motivates them to come to work each day.
During the meeting, the Board heard from several representatives of key populations on a variety of issues, including ensuring respect and dignity in the use of terminology, funding and support and meaningful consultation with civil society, respect for human rights and gender equality.
In addition, concerns were raised about the specific and increased needs of displaced people in humanitarian settings and of people in prison settings.
Sidibé invited the First Lady of Panama and UNAIDS Special Ambassador for AIDS in Latin America, Lorena Castillo de Varela, to present her groundbreaking work on zero discrimination to the Board.
On the final day of the meeting, the Board participated in a thematic session on ending tuberculosis and AIDS.
Around 10 million new cases of TB occur every year and TB remains the leading cause of death among people living with HIV, accounting for one in every three AIDS-related deaths.
The participants discussed the urgent need to scale up joint efforts to address the dual, intertwined epidemics of TB and HIV.
Representatives of United Nations Member States, international organizations, civil society and nongovernmental organizations attended the three-day meeting, which was chaired by Anna Wechsberg, Policy Director for the Department for International Development of the United Kingdom of Great Britain and Northern Ireland, with Cui Li, Vice-Minister of National Health and Family, China, serving as Vice-Chair and Algeria as Rapporteur.
The UNAIDS Executive Director’s report to the Board and the Board’s decisions can be found at http://www.unaids.org/en/whoweare/pcb/42.
Geneva Michel Sidibé UNAIDS
Share. Facebook Twitter Pinterest LinkedIn Tumblr Email