UK-based Nigerian urges looters on, but cries for help when they entered his mum’s office

A UK-based Nigerian, with the Twitter handle: Big Daddy Gersh, who backed the looting of warehouses, raised an alarm when his mother’s office was invaded by the same hoodlums.

Earlier, he tweeted that the hoodlums were taking what was rightfully theirs and the government trying to save itself from embarrassment by saying that the #EndSARS protest had been hijacked by hoodlums.

However, not long after, the hoodlums descended on his mother’s office. 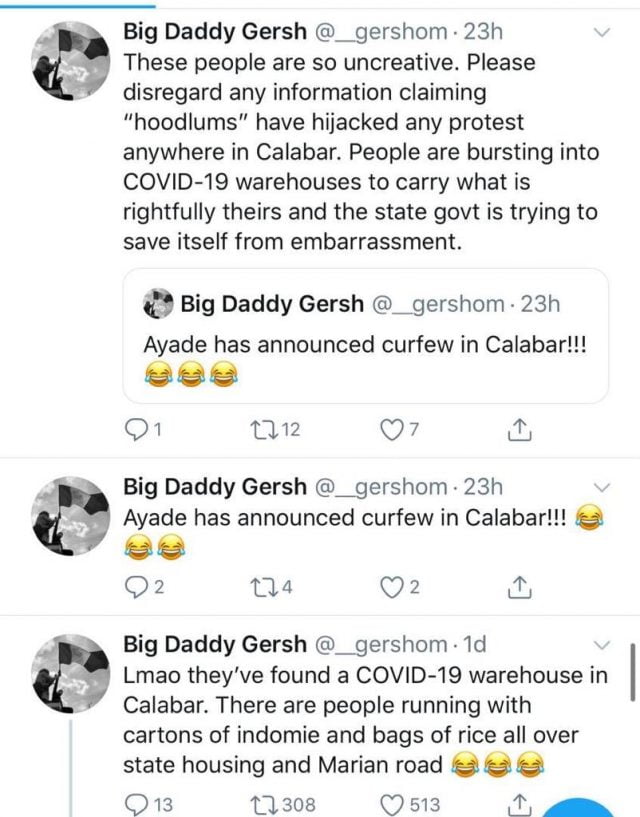 He then turned around to complain that his call to the police to stop the hoodlums was not being heeded.

According to Gersh, his mother’s office was five minutes away from one of the biggest police stations in Calabar, but the police could not intervene because they claimed they have been asked not to shoot the hoodlums. 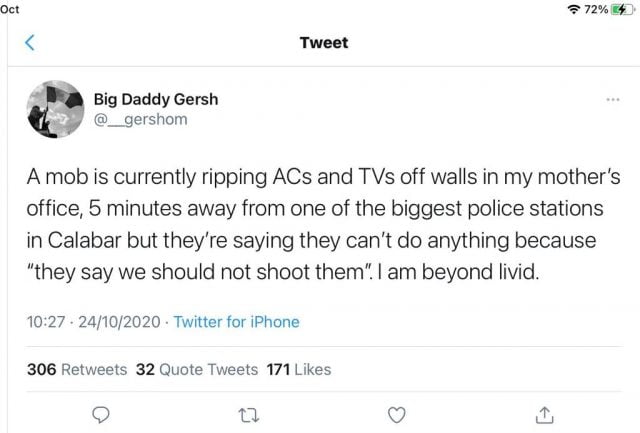 He tweeted: “A mob is currently ripping ACs and TVs off walls in my mother’s office, 5 minutes away from one of the biggest police stations in Calabar but they’re saying they can’t do anything because ‘they say we should not shoot them’. I am beyond livid.”

A twitter user was quick to reply him: “It’s easy to sit in the UK and pontificate to people living in a third world country. In the fucking poverty capital of the world.” 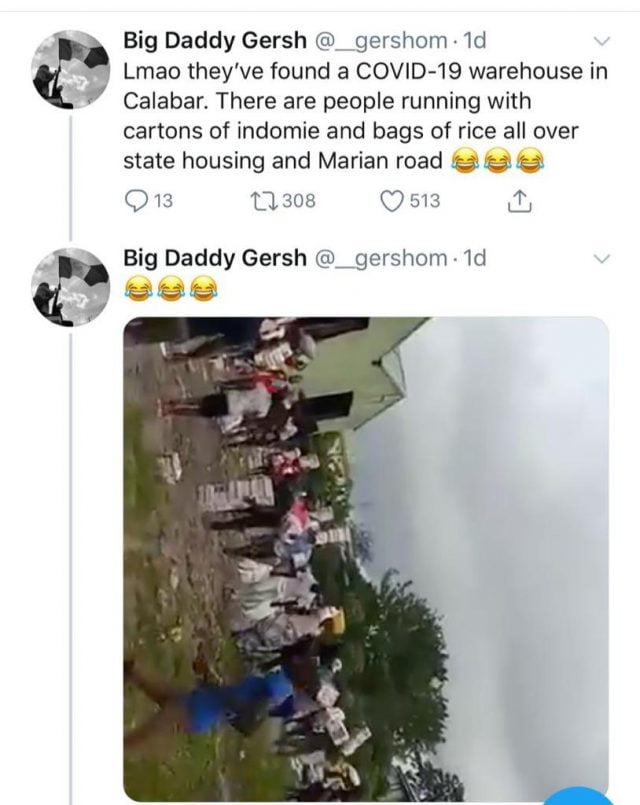 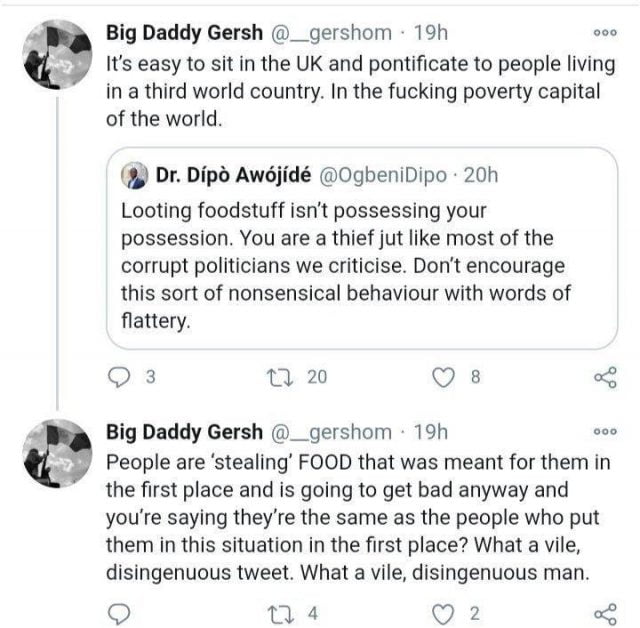 “Lmao they’ve found a COVID-19 warehouse in Calabar. There are people running with cartons of indomie and bags of rice all over state housing and Marian road

“You people are subtly trying to incite violence against me and it’s extra annoying because if my father was a senator, do you think I’d be living in a city that doesn’t have a cinema?

“These people are so uncreative. Please disregard any information claiming hoodlums have ‘hijacked’ the protest anywhere in Calabar.

“People are bursting in warehouse to carry what is rightfully theirs and the state government is trying to save itself from embarrassment.”