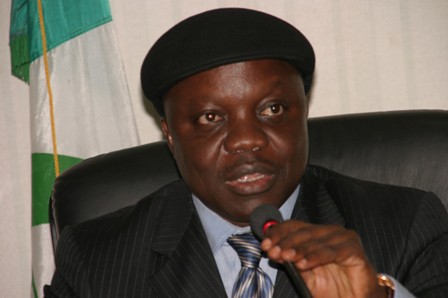 Chairman of Nigeria Social Insurance Trust Fund, Dr. Ngozi Olejeme will make Delta State prosperous, says Director General, You and I Foundation, Mr. Emmanuel Oritsejolomi Uduaghan.
He also advised Deltans at home and abroad not to be carried away by the alleged endorsement of certain people in the state.
Uduaghan who affirmed his support for Olejeme quest to become the governor of the state in 2015, said misguided attacks by some self-acclaimed leaders and their backers would never deter Olejeme from becoming governor of the state in 2015”.
Speaking in a breakfast session with leaders of major political parties in Oleh, headquarters of Isoko South Local Government Area Monday, Uduaghan said Olejeme would make the difference in the politics and development of the state.
Drawing inspiration from the good governance template as laid down by Dr. Olejeme, Uduaghan said  her  leadership would go beyond providing critical infrastructure, paying salaries, gratuities, pensions, employing large number of qualified people into the civil service and financing the education of thousands in local and foreign universities.
“Olejeme will complete abandoned and all on-going projects in the state. She will find solution to the problems of the state, inculcate positive values like honesty, hard work, and fairness and ensure social justice and good governance in the state.
“Olejeme will also encourage the poor and powerless to take part in the government of the communities and the state, promote grassroots economic development, prevent environmental degradation, help the poor people develop a clearer understanding of the social, political and economic factors affecting their lives, make the development process more accountable, transparent and participatory as well as provide conducive atmosphere for local and foreign investors” Uduaghan said.