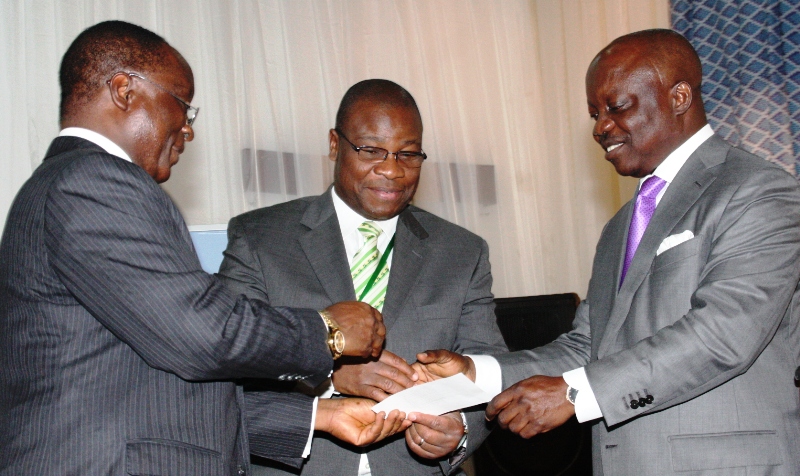 The Delta State Governor, Dr. Emmanuel Uduaghan, has attributed the current spate of terrorism and rising incidence of violent crimes in the country largely to the problem of youth unemployment.
Governor Uduaghan, launching the Delta State Micro Insurance Scheme in Asaba on Wednesday, noted that lack of employment over the years has created a pool of youths who are being recruited for insurgency and other nefarious activities.
He said: “Over the years, we have ignored poverty.
“We have not paid attention to the people at the lower rung of the society.
“The youths have become a pool of people being recruited to become kidnappers, armed robbers, terrorists and assassins.
“It is not a problem we can solve in one day, but we can start from somewhere.
“The terrorism we are having in Nigeria today is as a result of poverty.
“We have neglected poverty for so long and in Delta State, we are committed to this micro-credit scheme, which has helped us to empower our youths and remove them from this pool of poor persons.”
According to the governor, jobs should be created for youths to be positively engaged, disclosing that it is impossible for government or available industries in the country to give employment to the teeming unemployed Nigerians.
Uduaghan disclosed that his administration devised the micro-credit scheme, which has empowered a lot of Deltans and has made them to be employers of labour as a way to get Deltans to be positively engaged.
Governor Uduaghan, who described the insurance scheme as the first of its kind in the country, observed that many farmers and beneficiaries of the micro-credit scheme incurred incalculable losses as a result of the flood, which ravaged Delta State in 2012 because their business where not insured.
He explained that the insurance scheme was therefore to forestall such experiences in the future, adding that the State Government for a start was paying premium until when the business owners fully embrace the concept of insurance.
Dr. Uduaghan observed: “Insurance companies have become more committed and are paying claims.
“We need to insure our micro businesses.
“Delta State is taking the lead in this area of insuring micro business in the country.”
The Commissioner, National Insurance Commission, Fola Daniel, had lauded the Governor Uduaghan’s administration for the initiative, promising the beneficiaries of the Delta State Micro-Credit Programme that in case of damage, the insurance companies will pay their claims within a period of 15 days.
Daniel said: “This is an insurance that is accessed by low income operators.
“The NAICOM would withdraw the licence of any insurance company which fails to pay claims and also prosecute the owners of the companies for economic sabotage.”
The Commissioner, Ministry of Poverty Alleviation in the state, Dr. Anthonia Ashiedu, attributed the successes recorded with the micro credit programme to Governor Uduaghan’s passion to reduce poverty in Delta State.
Ashiedu explained that the DMIS policy among other objectives is to provide protection for micro entrepreneurs and ensure business sustainability in the event of unforeseen circumstances.