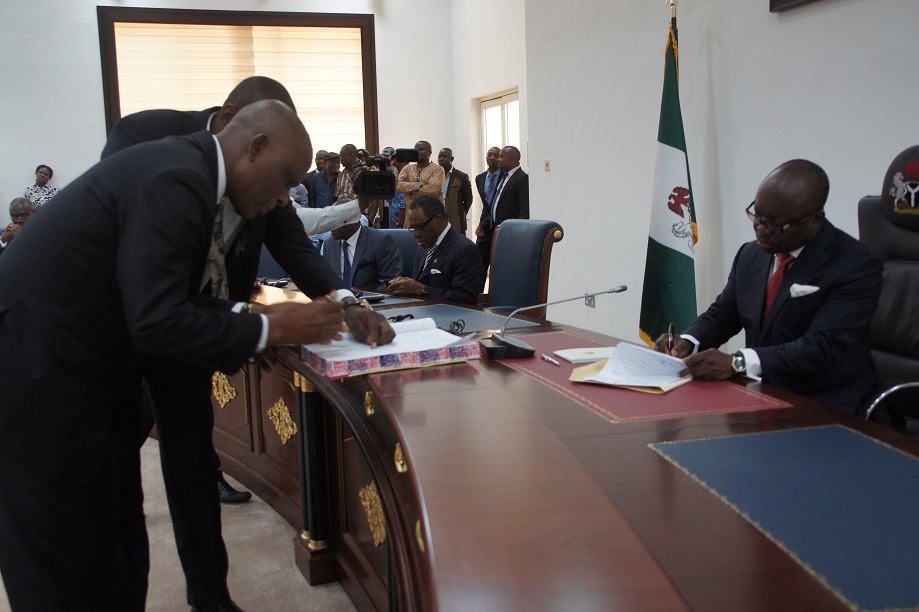 Governor Emmanuel Uduaghan of Delta State on Monday urged judges and other public officers to make integrity their watchword in the discharge of their duties.

The governor gave the charge in Asaba at the swearing in of Justice Marshal Umukoro as the Acting Chief Judge of the state.

The News Agency of Nigeria reports that Umukoro assumed office following the retirement of the former CJ, Justice Abiodun Smith.

Smith was also honoured at a valedictory ceremony on Monday in Asaba.

Uduaghan said integrity and commitment to duty should not be sacrificed as their positions were for the benefit of humanity.

He added: “Let me appeal to all judges, indeed all public officers, to always demonstrate commitment, loyalty, integrity and support in the discharge of their responsibilities.

“It is mainly in this way that we can leave a legacy of selfless service on the sands of time.”

The governor also said the appointment of the acting chief judge followed due process, noting: “In considering this appointment, due consideration was given to seniority, personal integrity, wealth of experience and proven record of performance.

“I am convinced that this appointment will enrich the Judiciary in the state and ensure smooth transition from one chief judge to another.

“The independence of the judiciary remains sacrosanct and will be protected and respected at all times and today’s ceremony demonstrates this administration’s commitment to quick dispensation of justice.”

Uduaghan then congratulated the acting chief judge on his appointment and urged him not to be influenced but rather be guided by the principle of fairness, honesty and integrity in the discharge of his duties.

Responding, Umukoro thanked the governor for the appointment and assured the people of the state of his commitment to discharge his duties without fear or favour.

He called for the support of judges and other stakeholders to move the judiciary arm of the government forward in the state.