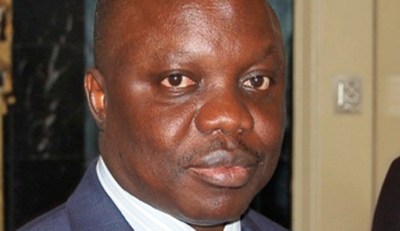 Governor Emmanuel Uduaghan of Delta State on Saturday said that journalists owed the people of the country the duty of keeping the Nigeria as one entity.
Uduaghan said this in his farewell address to editors at the 9th All Nigeria Editors Conference with the theme: “Nigerian Beyond Oil: Role of the Editors”.
The four-day conference commenced on August 21.
He advised journalists to always put the interest of the country at heart while reporting, adding that whatever was written could “keep or break” the country.
The governor noted that though the country’s democracy was still young, it could get better if stakeholders play their roles effectively.
“Journalists owe our people the responsibility to keep Nigeria as one indivisible country. What you write or do not write can keep or break Nigeria,” he said.
He thanked the President, Femi Adesina and the members of the Guild of Editors for the success and the peaceful conclusion of the meeting.
Responding, Adesina thanked the state government for taking the Guild to a greater height.
Adesina said that the theme of the conference was borrowed from the state, “Delta Beyond Oil”.
He presented a plaque to Uduaghan and another plaque to the state for successfully hosting the guild.
He noted that Delta State had set a high standard that might be difficult for the next host to beat.
Meanwhile, the NGS on Saturday honoured three senior journalists of the News Agency of Nigeria and seven others, pronouncing them fellows of the NGE.
The beneficiaries from NAN are the Acting Managing Director, Jide Adebayo; the immediate past Editor-In-Chief, Olusegun Aribike; and Buki Ponle, the Managing Editor.
John Ndukauba, a former Deputy Editor-In-Chief of NAN, also bagged the fellowship.
At the climax of its 9th All Nigerian Editors Conference, the Guild also inducted 61 new members drawn from different media organisations.
The induction, which witnessed a huge turnout of guests, had Governor Emmanuel Uduaghan of Delta State as host.
The theme of the three-day conference was: “Nigeria Beyond Oil: Role of Editors”.