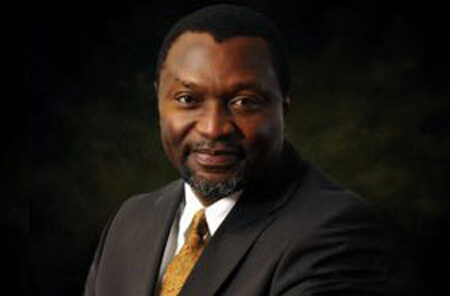 The Minister of Budget and National Planning, Senator Udoma Udo Udoma, has urged the Nigerian Institute for Social and Economic Research to make its research relevant to the nation’s development.
Udoma made the call in a statement by his Media Adviser, James Akpandem, on Monday in Abuja.
The statement said the minister gave the charge at a retreat organised by the institute in Ogere, Ogun State.
Udoma explained that NISER should ensure that its research outcomes had practical relevance to government policy decisions and development programmes.
He, however, advised the institute to consistently generate credible knowledge through quality research, specialised training and consultancy services to aid national development.
He told the participants that NISER was set up to be the premier think-tank economic research institute for Nigeria.
Udoma said that NISER had important roles to play in the actualisation of core government programmes like the Economic Recovery and Growth Plan.
According to him, the ERGP aims to stop the continuing decline of the country’s economic fortunes, reverse the downward spiral of the economy and move Nigeria out of recession.
The minister said the ERGP promised a rapidly growing economy with diversified sources of growth, increased opportunities and a socially inclusive economy that reduced poverty and created jobs.
Udoma said the implementation of the policy initiatives outlined in the ERGP had started yielding results as evident in the economy exiting recession in the second quarter of 2017.
He said the development showed that a lot needed to be done to sustain the tempo of recovery by rapidly growing the economy.
In addition, the minister said no nation could truly attain great heights without well-grounded research findings that could guide policymakers in their decision making.
Udoma said: “The basis of any knowledge society is constant innovation and new discoveries, which can only come through sound research.
“There is a close connection between the utilisation of research outcomes and the pace of a nation’s socio-economic development.”
In his speech, the Director-General, Dr. Gbadebo Smith, said the objective of the retreat was to critically discuss how to reposition NISER for effective delivery of its mandate.
Smith pledged the readiness of the management to rededicate itself to fulfilling the mandate of the institution.