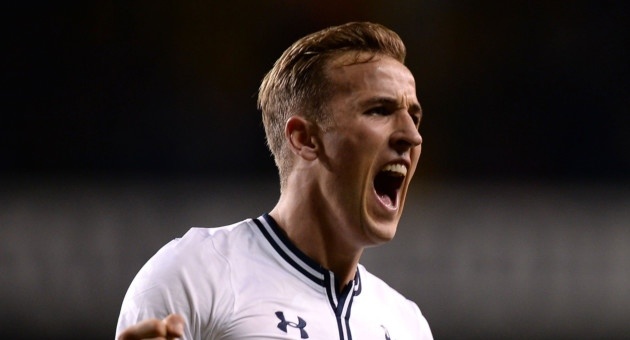 Harry Kane’s late double kept alive Tottenham Hotspur’s hopes of reaching the last 16 of the UEFA Champions League as they scraped a 2-1 victory over PSV Eindhoven on Tuesday.
It had looked like being another night of Group B frustration for Tottenham, who spent the match huffing and puffing after Luuk de Jong headed PSV in front after 61 seconds.
But Kane finally found a way through PSV’s stout resistance in the 78th minute.
He then sealed Tottenham’s first win in the group in the 89th minute when his deflected header trickled inside the post.
Victory took Tottenham to four points from four games although Inter Milan’s late equaliser in a 1-1 draw with FC Barcelona still leaves the north London club with a huge task.
Inter, who Tottenham host next, have seven points.
Kane in his post-match reaction admitted that it was a tough game against a tough Dutch side, adding that he and his team mates had to dig deep to find a way to win.
He said: “It’s unbelievable, I think we fully deserved it as well.
“First half, second half, I think we were on the attack all of the time.
“A bit of luck with the second one, but I think we deserved it.
“We could have been more clinical but we will take the win because it keeps us in the Champions League.”
Reuters/NAN.