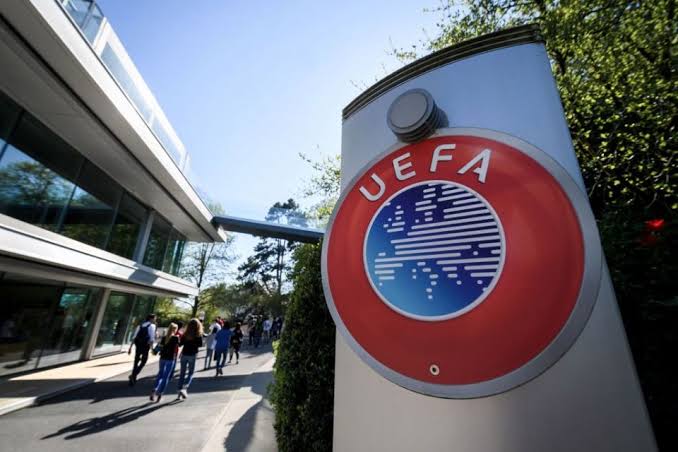 The clubs are three of 12 who have signed up to be founders of the new competition, which is designed to rival UEFA’s Champions League.

Despite the bitter war of words that has erupted between club owners and UEFA, it is believed this season’s continental competitions will continue as planned.

That’s despite the chairman of the Danish Football Association, Jesper Moller, who serves on UEFA’s Executive Committee, raising the prospect of expulsion for the Super League clubs still in the Champions League and Europa League this season.

Real Madrid are set to play Chelsea while Manchester City take on Paris Saint-Germain in the semi-finals of the Champions League.

Manchester United and Arsenal, who play Roma and Villarreal respectively in the Europa League semi-finals, have also signed up to the breakaway competition.

But, according to ESPN, the first legs will take place next week with the return games the following week despite the threats.

It came as UEFA president Aleksander Ceferin, who had described those involved as “snakes and liars” on Monday, offered the dozen clubs involved a chance to return to the fold.

The proposed European Super League, which would feature 20 teams playing matches in midweek, would aim to replace the established Champions League and Europa League.

Backed by £4.3 billion of funding from Wall Street bank JP Morgan, the clubs that have signed up believe they can make greater revenue from their own competitions rather than remaining within UEFA’s jurisdiction.

The English Premier League ‘Big Six’ of Man United, Man City, Liverpool, Chelsea, Arsenal and Tottenham as well as Barcelona, Real Madrid and Atletico Madrid from Spain and Juventus, Inter Milan and AC Milan from Italy have decided to break away.

Paris Saint-Germain, the other club still in the Champions League, turned down the chance to join the Super League straight away.

The dozen clubs involved were warned by FIFA president Gianni Infantino on Tuesday they wouldn’t be able to participate in domestic and other European competitions in parallel with the Super League.

Infantino said: “If some elect to go their own way, then they must live with the consequences of their choice, they are responsible for their choice.

“Concretely, this means either you are in or you are out. You cannot be half in, half out.”