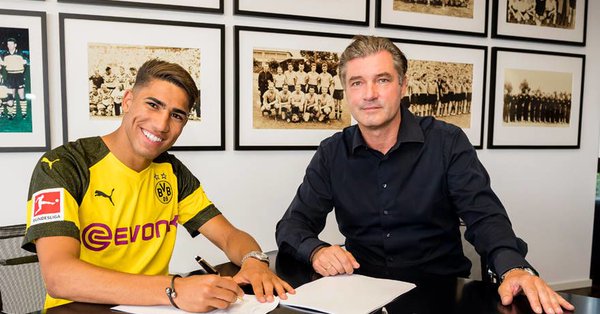 Achraf Hakimi scored two second-half goals as Borussia Dortmund overturned a two-goal deficit to beat Inter Milan in a thriller at the Westfalenstadion.
The 21-year-old right-back pulled one back off his shin before finding the winner in the 77th minute, after Julian Brandt equalised for the hosts.
First-half goals from Lautaro Martinez and Matias Vecino had given Antonio Conte’s side a 2-0 lead.
Dortmund move above Inter into second spot in Champions League Group F.