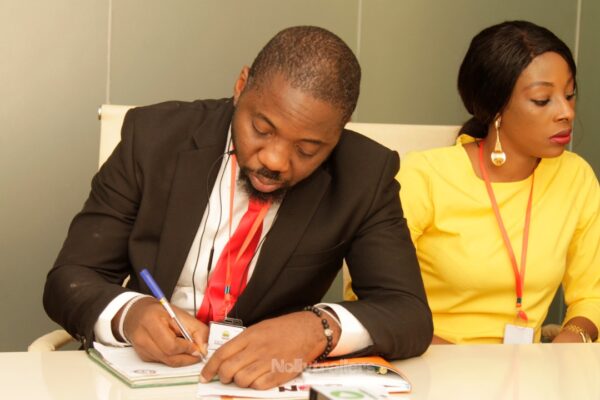 NaijaHottestGist, an online news agency, after 10 years meritorious service in reportage, has concluded plans to reward excellence at its 2020 anniversary lecture and awards.
In a release signed by the Publisher, Seun Oloketuyi, the news platform is set to celebrate Nigerians who have performed beyond expectations and stood out in their choice careers.
“Our commitment to ensuring that Nigeria continues to break barriers despite the multifaceted issues besieging us everyday wouldn’t allow us to rest on our oars,” Oloketuyi said, adding: “And as we all know, the only way we can encourage selfless Nigerians, who contribute to the advancement of the country despite its many challenges, is so say thank you.
“As a media organisation, what better way to celebrate 10 years of professionalism than giving honour to whom it’s due.”
The maiden anniversary lecture, themed: “Dwindling Oil Revenue: How To Run A State Post Oil Boom,” comes at a time when the price of oil is crashing largely due to the outbreak of the coronavirus pandemic and threatening the major source of revenue for the country.
A lawyer, human rights activist and member of the National Assembly representing Ekiti Central Senatorial District, Senator Michael Opeyemi Bamidele, is the speaker of the day.
The keynote address will be given by the former Commissioner for Commerce and Industry in Ogun State, Otunba Bimbo Ashiru, while the Royal Father of the Day is His Royal Majesty, Alaiyeluwa, Oba Saheed Ademola Elegushi (Kusenla III) of Ikate-Elegushi.
Acknowledging that the awards will not cover a significant percentage of worthy Nigerians, the Publisher stated that the recipients emerged after a carefully selected team of jury rigorous sessions.
Oloketuyi said: “The NaijaHottestGist awards recognises the individuals, policymakers, advocacy groups and organisations whose efforts at the local and state levels have established performance as a core value.
“I can assure you that the awardees are chosen on merit.”
The NHG award for the Governor of the Year will go to the Governor of Yobe State, Mai Mala Buni.
Other categories include Bank of the Year (United Bank for Africa), CEO of the Year (Anders Einasson, Promasidor), Government Agency of the Year (Nigerian in Diaspora Commission) and Tourism Destination of the Year (Transcorp).
Others are Monarch of the Year (Oba Saheed Elegushi), Legislator of the Year (Hon. Shina Peller), Sports Event of the Year (The Lagos International Marathon), Heart of Gold Award (Aare Bashir Fakorede), Product of the Year (Alat by Wema Bank) and Special Recognition Award (Sir Kesington Adebukunola Adebutu).
“Our efforts at ensuring that NaijaHottestGist is one that provides equitable and professional reporting on events affecting the nation is unwavering,” said the Publisher.
Oloketuyi, a journalist of repute, is also the founder of the most consistent Nigerian movie industry awards, Best of Nollywood Awards.
The event, which is coming up on April 17, 2020, will take place at the Nigerian Institute of International Affairs, Lagos.