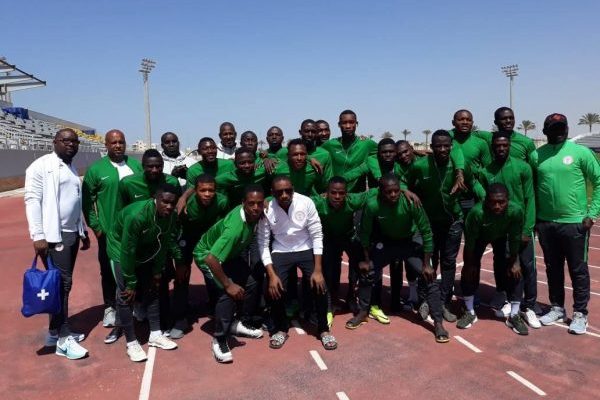 Godwin Bamigboye, board member of FCT Football Association, says the woeful performance of the Flying Eagles of Nigeria in the ongoing U-20 World Cup in Poland was was due to failure of the team to prepare adequately for the tournament.
Bamigboye said this in an interview with the News Agency of Nigeria on Monday while reviewing the performance of Nigeria and two other African countries in the tournament.
He said that football preparation should not be done in a hurry but with commitment and all seriousness for great results.
He said: “Nigeria did not do the needful in terms of preparations for the U-20 World Cup hence they crashed out.
“Football preparation should not be done in a fire brigade style but requires long time get together and training.”
The FA member, who rated the Flying Eagles below average in the tournament, said that Senegal and Mali were outstanding.
Bamigboye said that Senegal and Mali showed strength, speed and determination which were purely African style.
According to him, the two countries’ performances showed that they were well prepared for the tournament unlike Nigeria.
He urged the managers of Flying Eagles to go back to the drawing board and begin to build a new and stronger team for the future.
NAN reports that Mali and Senegal are one of the breakout performers of the FIFA U-20 World Cup “Poland 2019”.
Mali drew 1-1 with Panama, they soon got into their stride, defeating Asian champions, Saudi Arabia 4-3 and giving a highly-fancied France side something to think about in a 3-2 loss, while Senegal won two of their Group matches and drew 0-0 against Poland having not conceded any goal.